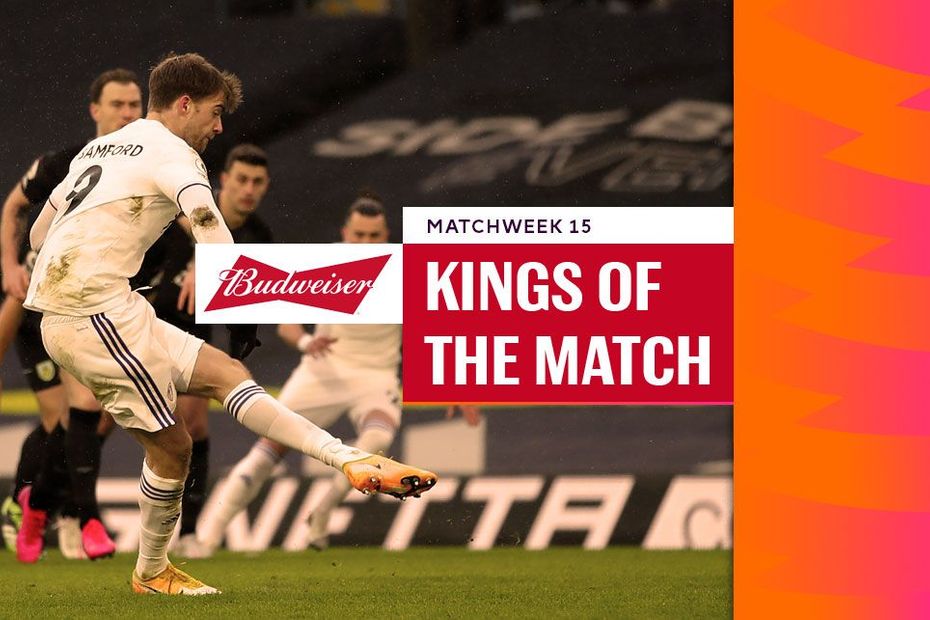 See which players earned the backing of supporters, including Leeds United's Patrick Bamford

Patrick Bamford: I think we defended brilliantly External Link
Man of the Match explained
What we learned in Matchweek 15

Supporters voted in their thousands to crown their Budweiser Kings of the Match in Matchweek 15.

Another excellent display from the Portuguese midfielder, who created the opener for Marcus Rashford and then scored the second, was rewarded by voters.

A fourth successive clean sheet for the Aston Villa goalkeeper, who made several excellent saves against Crystal Palace, earned him more than half the vote.

The Southampton full-back was solid in defence and always looked to help his attack, claiming 37.6 per cent of votes.

The teenager was among Arsenal's crop of youngsters who shone in the victory over Chelsea, scoring the third goal.

The Manchester City full-back was an attacking threat throughout against Newcastle United, and took 41.6 per cent of the vote.

Providing the decisive moment at Bramall Lane with his 80th-minute strike, Sigurdsson claimed over 54 per cent of the vote.

Over three-quarters of supporters thought the Leeds striker's 10th goal of the season from the spot was worthy of the award.

The Czech midfielder rescued a point with a late equaliser at London Stadium, earning him the accolade.

Claiming 41 per cent of the vote, the Wolves midfielder provided the late assist for Romain Saiss's equaliser.