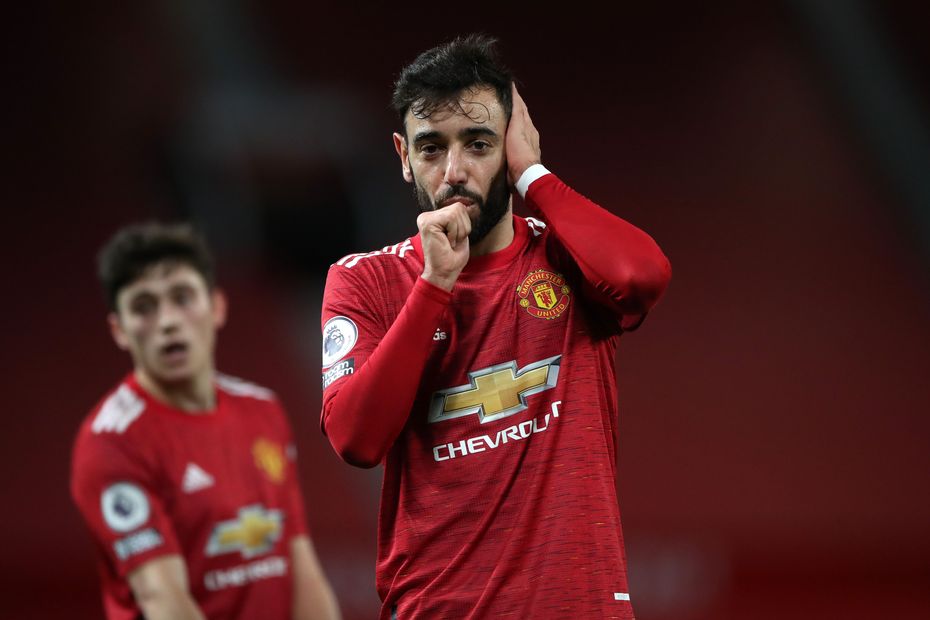 Manchester United midfielder Fernandes, the second-most popular captain with 1.1million+ backers, was in sparkling form in a 6-2 victory over Leeds United at Old Trafford.

Fernandes scored two goals and provided an assist for Scott McTominay (£4.9m), taking him to 17 points, the second-highest total of the Gameweek behind the 18 of his Man Utd team-mate.

The day before, almost 1.3m managers breathed a sigh of relief as Liverpool's Salah came on as a substitute to record his fourth double-figure haul of 2020/21.

Left out of the starting XI, managers might have been cursing Jurgen Klopp when Salah was brought on in the 57th minute. But the Egyptian scored twice and provided an assist for 16 Fantasy points in their 7-0 win at Crystal Palace.

Salah was the most-popular captain choice for the fourth time in 2020/21 FPL.

Harry Kane (£11.0m) completed the top three captain picks, with the Tottenham Hotspur striker the No 1 choice among the leading 100 FPL managers.

But it was a frustrating afternoon for the Spurs striker in a 2-0 home loss to Leicester City. Kane was unable to add to his total of 14 goals and two assists in nine previous Premier League starts against the Foxes.

The Portuguese has scored three goals in his last five appearances.

Salah was the second-most bought player, with Spurs' Son Heung-min (£9.7m) in third.

Son, the most-owned player in Fantasy, blanked and was surpassed by Liverpool's Egyptian as the top points scorer in FPL this season.

The injured Diogo Jota (£6.8m) continues to be shipped out in large numbers, with a further 395,000 managers parting company with the Liverpool midfielder.

More than 220,000 sold Jamie Vardy (£10.2m), but they will have rued parting with the Leicester striker, who claimed a goal and an assist in Fantasy on Sunday.

And the suspended Gabriel (£5.0m) was ditched by more than 195,000 managers after his sending-off for two bookable offences against Southampton in Gameweek 13.