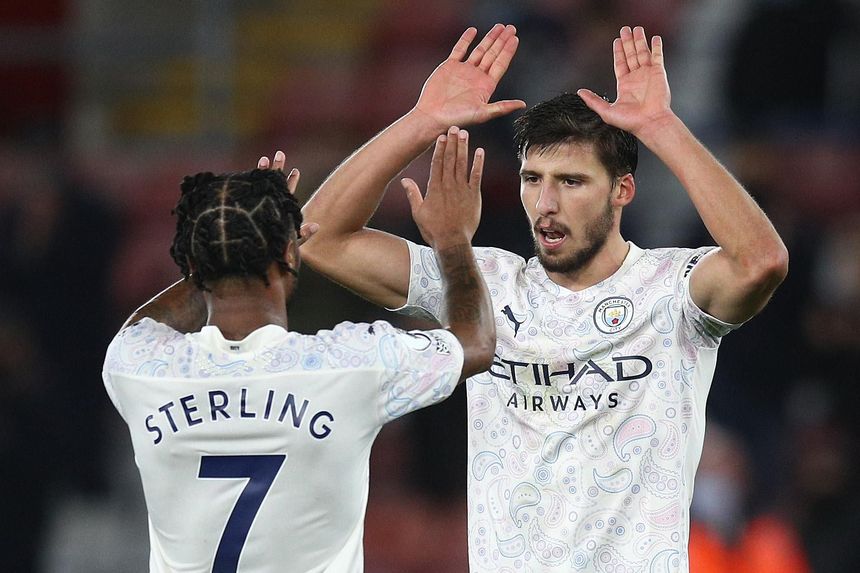 Pep Guardiola’s side have now kept four clean sheets in the last five Gameweeks, conceding a single goal in that period.

Ruben Dias (£5.6m) collected the maximum three bonus points at St Mary’s Stadium and remains their go-to pick at the back.

The Portuguese has started every match from Gameweek 4 since signing in the summer.

However, John Stones (£4.8m) continues to provide excellent value as an alternative pick to Dias.

Stones has started four of his side's last five Premier League matches and has kept a clean sheet in all of those appearances.

Indeed, Man City have conceded only one goal with Stones in the starting XI this term.

According to the Fixture Difficulty Ratings (FDR), only one of Man City's next eight matches scores more than three.

The only other clean sheet for a team on Saturday came at Selhurst Park, where Liverpool beat Crystal Palace 7-0.

No FPL defender has set up more goals this season than the Liverpool left-back, who recorded his fifth assist.

Six of the nine highest-scoring players of Gameweek 14 so far are from Liverpool, with Mohamed Salah (£12.5m) and Roberto Firmino (£9.2m) leading the way on 16 points apiece.

Salah is now the top-scoring player in FPL on the back of his fourth double-digit haul of the campaign.

He moves above Son Heung-min (£9.7m) ahead of Tottenham Hotspur's Sunday meeting with Leicester City.

The forward has scored in six of Newcastle United's matches this season and collected bonus points in all of them.

His latest goal came in Saturday's 1-1 draw with Fulham.