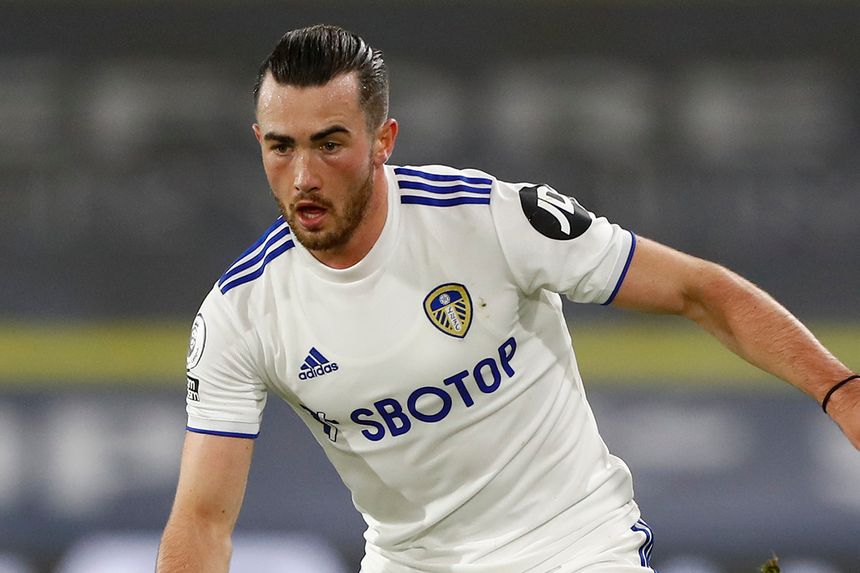 Jack Harrison: We want to be as aggressive and intense as we can External Link
Bamford eyes goalscoring history for Leeds
Matchweek 14 preview: Saturday's matches

Jack Harrison’s individual battle with Aaron Wan-Bissaka could be an interesting sub-plot when Leeds United visit Old Trafford for the first time since February 2004.

Winger Harrison was with Manchester United as a 14-year-old before his family moved to the United States.

But after turning pro with New York City in 2016, Harrison joined United's biggest rivals Manchester City, who have loaned him to Leeds for a third successive season.

Harrison will now look to come back to haunt his former club fresh from scoring a superb goal and getting an assist in a 5-2 win over Newcastle United.

Leeds are strong down their left flank where Ezgjan Alioski and Harrison have formed an impressive pairing.

The duo made 15 combined open-play crosses against Newcastle, relentlessly probing down that wing.

Wan-Bissaka is one of the Premier League's best defensive full-backs but if he is not given enough support, Harrison and Alioski could capitalise.

Harrison is statistically the most productive winger in the Premier League this season.

Ranked inside the top four for chances created and open-play crosses, he will pose a threat to Man Utd's defence.

Around 32 per cent of Harrison's nine key passes this term have found the striker, who has netted seven of his nine goals in 2020/21 away from Elland Road.

Both Leeds and Man Utd are outstanding at swift counter-attacking football, as highlighted when Harrison and Marcus Rashford both scored wonderful goals on the break in Matchweek 13.

Leeds are second only to West Ham United as the fastest Premier League team at moving the ball upfield in open-play sequences.

When they flood players into the final third, Man Utd cannot afford to switch off or fail to track back.

But no top-flight side is more efficient at scoring on the counter-attack han Man Utd.

They have netted from four of their 12 fast breaks and are ruthless when opponents leave holes for them to run into on transition.

The pace of Rashford is a huge asset for them and Leeds will also have to be on their guard.