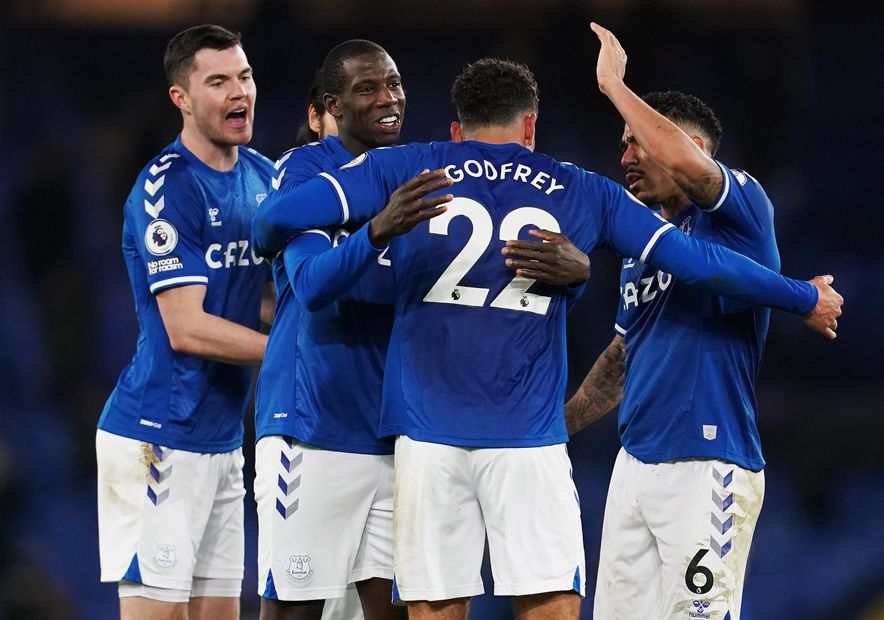 A tactical reshuffle from Carlo Ancelotti has helped fix Everton’s defensive issues ahead of Arsenal’s visit on Saturday.

The Toffees had gone 10 Premier League fixtures without a clean sheet, prior to victories against Chelsea and Leicester City without conceding.

In the absence of injured full-backs Lucas Digne and Seamus Coleman, as well as midfielder James Rodriguez, the Italian has dramatically altered his team’s style of play.

Everton have set-up with a compact defensive shape in their last two matches, using a quartet of centre-backs, and focused less on passing neatly through the thirds.

This solid, more direct approach has yielded six points, so Ancelotti is likely to stick with a similar game plan at Goodison Park this weekend.

When compared to Digne and Coleman, stand-ins Ben Godfrey and Mason Holgate have shown little interest in joining in with Everton’s attacks down the wings.

Across the last 180 minutes of action, Holgate has made just one pass inside the final 25 yards of the pitch, which came against Chelsea, with left-sided Godfrey attempting none.

Everton’s combination play in the final third will suffer if this pattern continues but in the short term, Ancelotti has clearly instructed them to prioritise defensive stability.

Mikel Arteta’s forwards have plenty of pace, but they have lacked creativity this season and could struggle to break down a deep-lying Everton.

As shown in the table above, Everton’s distribution has undergone a significant change in their last two fixtures.

They have been happy to sacrifice possession and are content to play on the counter-attack, making fewer shorter passes.

Arsenal did not deal with fast breakaways very well against Aston Villa, Wolverhampton Wanderers and Tottenham Hotspur, so they must defend better at Everton.

The biggest threat could come from the rejuvenated Richarlison, who scored at Leicester in midweek and is more than capable of punishing the Gunners.

Most goals from set-pieces

With four central defenders in their starting XI, Everton will pose an additional threat from set-pieces.

Along with Richarlison, there is Dominic Calvert-Lewin and Abdoulaye Doucoure to aim for when Gylfi Sigurdsson prepares to deliver the ball.

The Toffees scored from a corner at Leicester and have looked extremely dangerous from dead-balls across their last two outings.

Everton have reacted well to the enforced changes, which means Arsenal will have to make improvements of their own if they are to take anything from Merseyside.