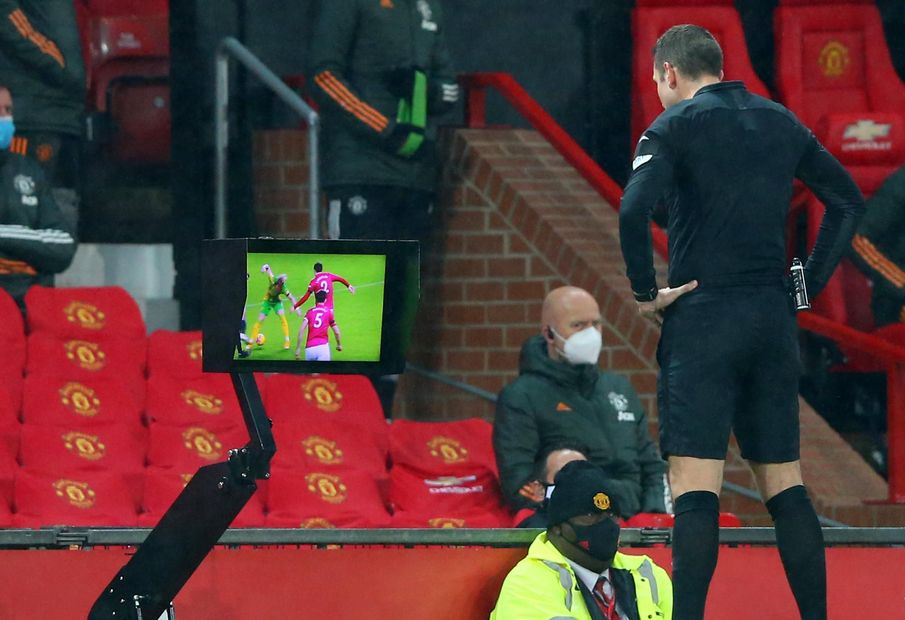 Former Premier League referee Chris Foy explains the processes behind the decisions made by the on-field match officials and Video Assistant Referees from Matchweek 9.

The Premier League's reputation for competitive and compelling football partly comes from the passion and intensity of how players compete and contest for the ball.

When judging challenges by players, referees take into consideration a number of factors before deciding whether to give a foul.

Firstly, not all contact with an opponent is a foul, as football is a contact sport and a degree of physical contact is both expected and accepted. Any contact with the ball is also a key consideration.

When it is clear the ball has been played before any contact with the opponent, play will be allowed to continue.

However, it is important to remember contact with the ball does not always mean that a challenge is not a foul.

The sequence and extent of any contact with both opponent and ball are therefore important in arriving at a decision as to whether to penalise a challenge.

The VAR then has to decide whether the referee has made a clear and obvious error with his on-field decision.

Aston Villa were awarded a late penalty after Trezeguet appeared to be tripped in the box by Brighton's Solly March. But on the recommendation of the VAR, the referee checked the pitchside monitor and overturned his decision.

I don’t think this is a penalty. You can understand why the referee gave the decision on first viewing, but the VAR, with the benefit of looking at various replays and angles, felt it was a clear and obvious error.

West Brom were awarded a penalty after Bruno Fernandes was adjudged to have tripped Conor Gallagher in the area.

The decision was overturned after the referee watched the incident back on the pitchside monitor following the VAR's recommendation of an on-field review.

This is an interesting one. Whether the incident is a penalty or not has split opinion.

Therefore the debate has been whether the decision to award the penalty in the first place was a clear and obvious error. That is subjective, but ultimately, the VAR felt there was sufficient evidence to suggest it was an error and recommended the referee take another look.

At that point the referee can stick with his original decision, or make the overturn. There is evidence Fernandes does get a slight touch on the ball but then there is clear contact with Gallagher. However, not all contact is a foul. It is the consequence of the contact that has to be considered in arriving at a final judgment.

The referee saw contact with the ball on the replays that he was unable to spot in real-time and decided it was enough to overturn the penalty decision. But, in my opinion, it was not a clear and obvious error.

Nicolas Pepe is shown a straight red card for an off-the-ball incident where he put his forehead into Leeds United's Ezgjan Alioski.

This was a very good use of VAR and shows us the benefits of the technology. Pepe has clearly led with his head into Alioski, which is a red-card offence.

The referee went over to look at the incident himself and the right outcome was reached.

Pre-VAR that incident would have been referred to The FA as a "not seen incident" and Pepe would likely have received a three-match ban.

But with VAR you get the instant punishment and Arsenal were rightly down to 10 men for the rest of the match, instead of playing with 11.