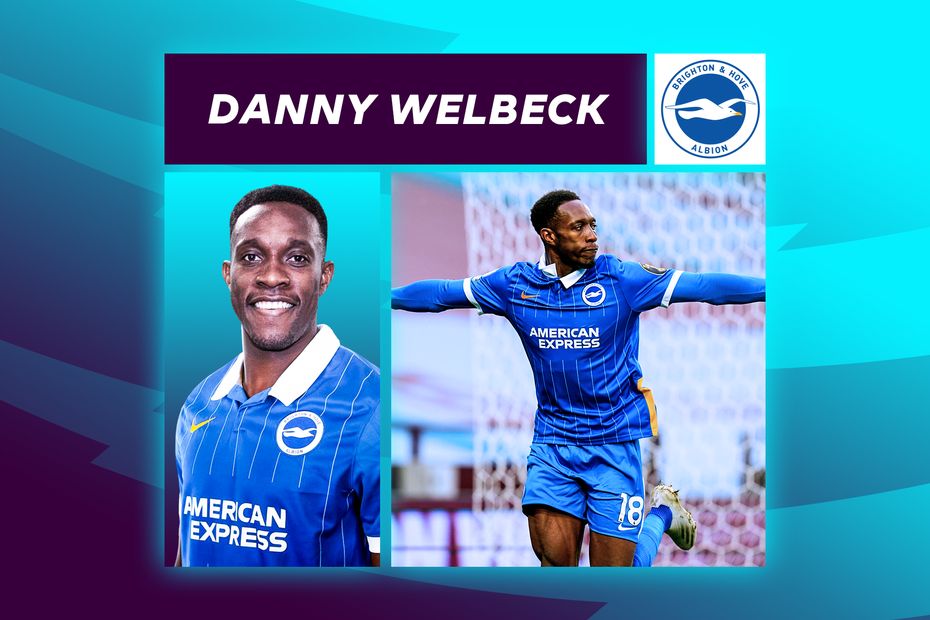 A rejuvenated Danny Welbeck will give Brighton & Hove Albion a fresh counter-attacking threat at home against Liverpool.

The 29-year-old, who joined as a free agent in October, served a reminder of his Premier League quality with an expertly-taken finish in last Saturday's 2-1 win at Aston Villa.

Playing up front alongside Neal Maupay, the former Arsenal, Manchester United and Watford striker has looked sharp in his two starts for Brighton.

Welbeck's direct approach and ability to sprint beyond defenders can trouble a new-look Liverpol rearguard marshalled by Fabinho and Joel Matip.

Across the last two matches, he has helped Graham Potter’s side get into more advanced areas of the pitch.

With his work ethic and vertical runs, Welbeck pushes defenders back towards their own goal.

While Welbeck has only made two starts and one substitute appearance in 2020/21, his average of nearly 10 touches inside the opposition box per 90 minutes is second only to the 10.64 of Liverpool's Mohamed Salah.

Indeed, Welbeck's average of 9.84 is almost double that of the 5.83 recorded by his team-mate Maupay, who is next-highest for Brighton.

Liverpool will be wary of the striker's qualities, especially as they have experienced problems with runners from deep when playing with a high line earlier this season.

Helping in his own box

Welbeck is also a useful asset for Potter in defensive situations.

He made five clearances from set-pieces at Villa Park in a win where Brighton again started with a back three.

The Seagulls have used that system in every match this season, and it has served them well in containing the opposition.

Brighton have conceded 15 goals so far, but just six have been from open play, with four goals being penalties and five coming via corners and free-kicks.

According to Opta’s Expected Goals Against data, based on the quality of chances faced, they should have conceded just 9.93 goals, the fifth-best ranking.

Remarkably, no Premier League team have faced fewer shots on target than Brighton, who are well-organised and excellent at taking the sting out of matches with periods of possession.

Liverpool could find it difficult to create scoring opportunities on the south coast.

But they will take heart from the fact that the 15 shots attempted by Villa last weekend was the highest figure recorded against Brighton this term.

Meanwhile, the champions were outstanding in their own 3-0 home win over Leicester City last weekend.

Potter’s men must regain their habit of keeping teams at arm’s length if they, and Welbeck, are to profit.