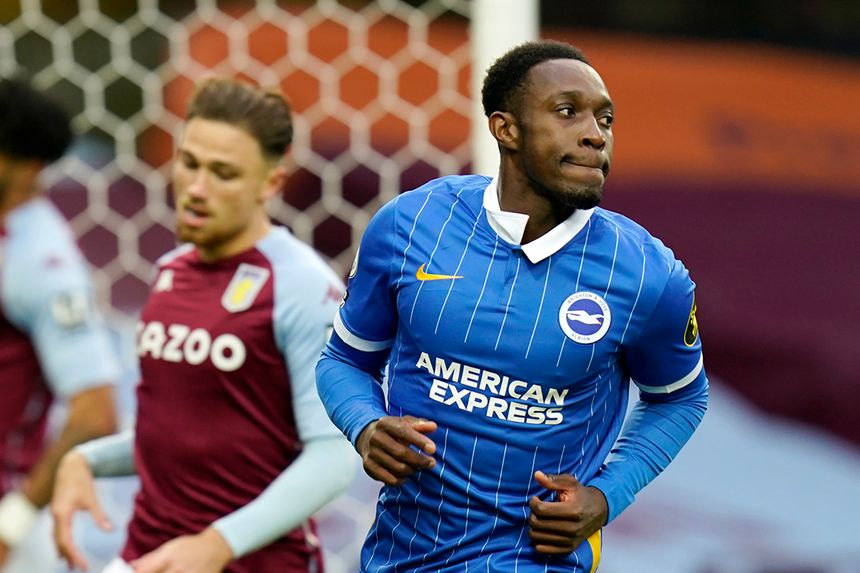 It is little surprise that Danny Welbeck's first strike of the season came at Villa Park, which has been a happy hunting ground for the Brighton & Hove Albion striker.

Only one player has scored more Premier League away goals at the stadium.

For more on this and all the must-know facts from the ninth round of fixtures, read below. To see the reports and key data for the matches, click on the results.

Since the start of last season, Tammy Abraham has scored 23 goals in all competitions, 11 more than any other Chelsea player.

Welbeck has scored five PL goals against Aston Villa, more than against any other side, with four of those coming away from home. Robbie Fowler is the only player to score more at Villa Park as a visitor, with five.

Giovani Lo Celso scored 35 seconds after coming on against Manchester City. It is the quickest PL goal by a substitute since Bernardo Silva netted within 17 seconds against Brighton in August 2019.

Since the start of last season, 16 per cent of Manchester United's PL goals have been penalties (13/79), the highest ratio of any team to have played in both campaigns.

Fulham have missed five of their last eight PL penalties, including the last three, all taken by different players - Aleksandar Mitrovic, Ademola Lookman and Ivan Cavaleiro.

Sebastien Haller scored from outside the penalty area for the first time in his top-flight league career, in his 190th such appearance in the Eredivisie, Bundesliga and Premier League combined.

Leeds United had 25 shots against Arsenal, the third-highest total for a team in a Premier League match this season. Man Utd had 28 versus Newcastle United and Leeds had 27 at Aston Villa.

Liverpool are now unbeaten in their last 64 top-flight home matches (W53 D11), the longest such run in the club’s history.

Burnley have picked up their first Premier League victory of 2020/21 with this their first win in the competition since beating Norwich City 2-0 in July.

Theo Walcott’s opener for Southampton was his first league goal for the club since 11 December 2005, against Luton Town in the Championship), 14 years and 347 days ago.