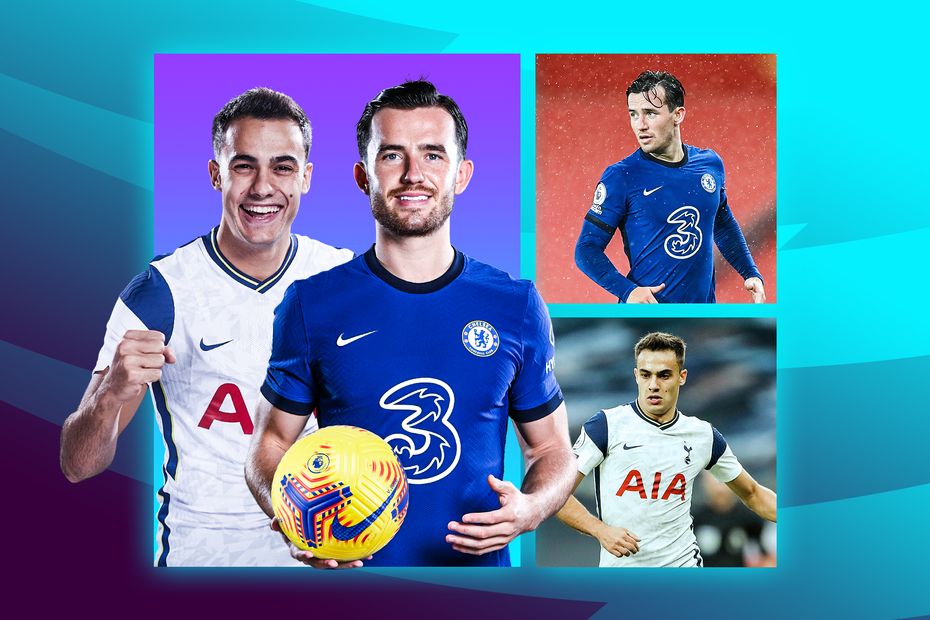 When Chelsea host Tottenham Hotspur on Sunday, their left-backs will have important roles to play.

Ben Chilwell and Sergio Reguilon have both shone for their new clubs this campaign.

They are each defensively reliable but also contribute regularly in the final third.

The way in which Reguilon dealt with Riyad Mahrez during Spurs' 2-0 win over Manchester City last weekend will have given him plenty of confidence heading to Stamford Bridge.

He must replicate that performance against Chelsea, who will rely heavily on Hakim Ziyech’s creativity from the right flank.

The Moroccan has made 3.25 key passes per 90 minutes this term, so Reguilon’s brief from Jose Mourinho will be to stop him from delivering dangerous balls into the penalty area.

Reece James’ overlapping runs will need to be tracked diligently down that side of the pitch, too.

But encouragingly for Spurs, Crystal Palace’s Patrick van Aanholt is the only left-back to average more ball recoveries, 6.56, per 90 minutes than Reguilon's 6.4 this season.

Energetic and intelligent, the 23-year-old looks a quality acquisition.

Frank Lampard signed Chilwell to add solidity to his Chelsea defence, so the England international’s attacking contributions have been a welcome bonus.

He has scored twice and made the same amount of assists in only six Premier League appearances for the Blues.

The 23-year-old's decision-making has been especially impressive.

While right-back James has made 43 open-play crosses, Chilwell has held back by comparison with just 12 instead.

He has chosen the right moments to surge forward, with 41.7 per cent of his crosses finding a team-mate.

Chilwell’s set-piece deliveries have also been good, but left-footed Ziyech’s introduction to the side may see him feature less on those in the future.

From a defensive standpoint, the match with Spurs could be Chilwell’s toughest assignment so far.

With Kane habitually dropping deep to pick out the runs of Son Heung-min, Bale or Steven Bergwijn, both of Lampard’s full-backs must stay alert.

Chelsea are likely to have the bulk of possession and Chilwell will play a significant role when they press forward.

However, it is how he deals with those moments when Spurs go on the attack that will have a greater bearing on the result.

This could be a very exciting shoot-out between two players who have settled very well at their respective clubs.

It should be a fascinating watch as two of the Premier League's top three teams go head-to-head.