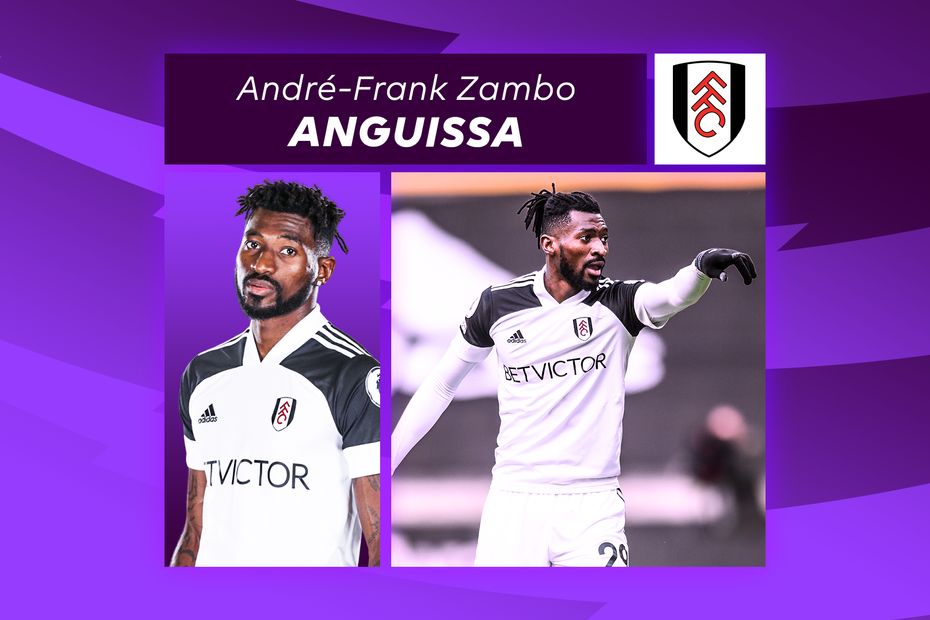 Andre-Frank Zambo Anguissa has made a tremendous impression for Fulham since returning from a season-long loan at Villarreal.

He was left out of Scott Parker's starting XI against Everton in Matchweek 9 following his exertions over the international break but impressed as a second-half substitute in the 3-2 defeat.

The Cameroon midfielder is almost certain to be recalled for Monday's trip to Leicester City.

He is the team's best ball-winner and is capable of opening up the pitch with a clever piece of skill.

He travels extremely well with the ball in tight areas and has attempted 46 take-ons this season, five fewer than the Premier League's stat leader, Adama Traore of Wolverhampton Wanderers.

Yves Bissouma is the next most prolific dribbler from central midfield but the Brighton & Hove Albion player attempted less than half of Anguissa's total in the first nine Matchweeks.

By breaking the lines Anguissa allows Fulham to create better goalscoring opportunities than their league position, 19th, might indicate.

He may have only one assist to his name but Anguissa played a key role in helping Fulham create the sixth-most chances of all Premier League teams heading into Matchweek 10.

Anguissa's primary role is to win the ball back and in this regard he has become an invaluable presence.

Although he has started only seven of nine matches, the number of tackles and ball recoveries he has made in comparison to his team-mates is remarkable.

He can be guilty of losing possession at times but without him Fulham would certainly enjoy less of the ball.

One of the best

The 25-year-old is among the most effective defensive midfielders in the top flight. Indeed, West Ham United’s Tomas Soucek is the only player in his position to win more duels.

And when it comes to winning possession, only Rodri, Allan, Bissouma, Youri Tielemans and Declan Rice show better statistics.

Anguissa is a player to keep your eye on this season. If he maintains his level of output, his reputation will soar.