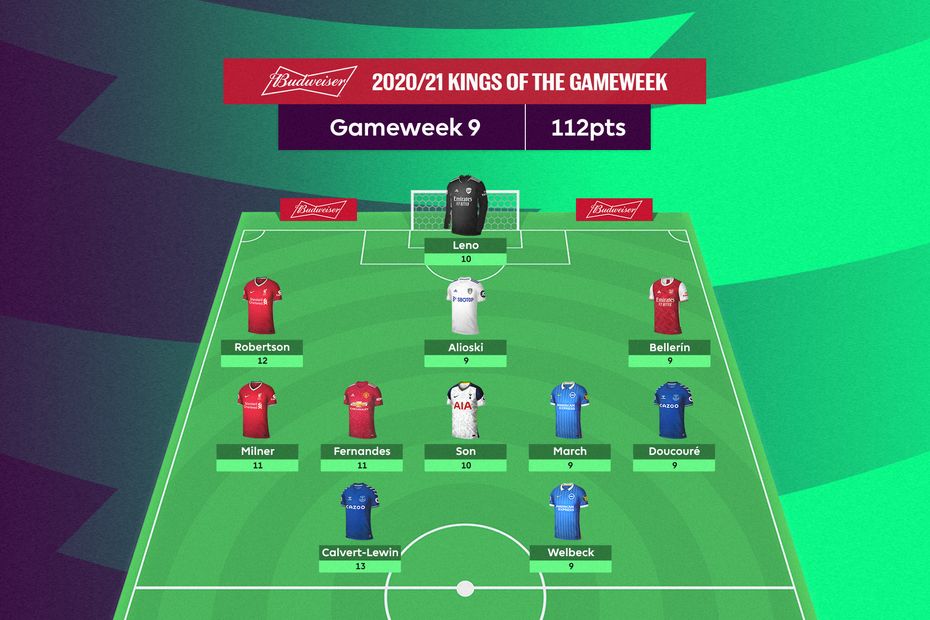 And they were made to pay for that decision as the South Korean scored the opener in the 2-0 win.

Son’s strike earned him 10 points, taking him level with team-mate Harry Kane (£11.0m) at the top of the FPL player standings on 84 points.

The South Korean has now been named in the Kings of the Gameweek XI on five occasions, more than any other player in 2020/21 FPL.