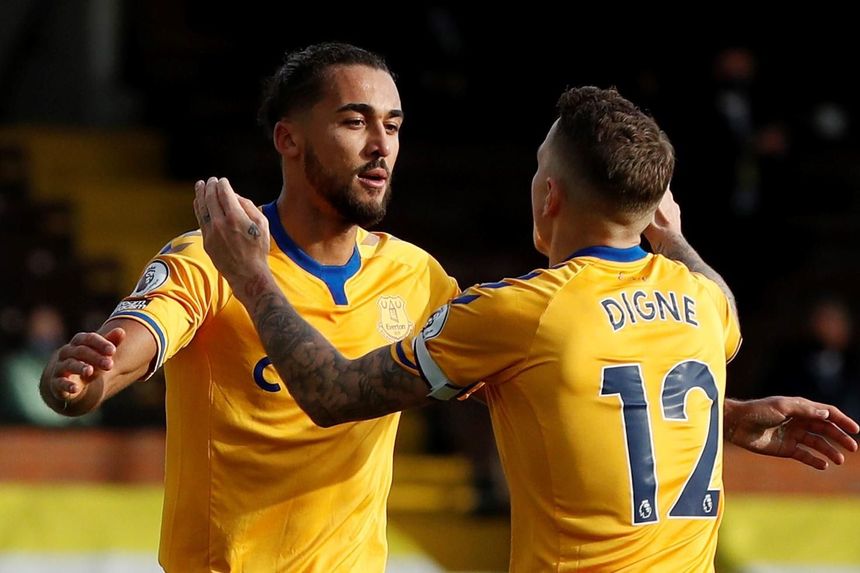 The Everton forward had managed only one goal and an assist in three appearances prior to Sunday's match against Fulham.

Calvert-Lewin is the most-picked player in the game and his 58.8 per-cent owners will be pleased that his underlying numbers improved, too.

Against Fulham he was supplied with two big chances, converting them both.

By comparison, he had only one big chance across his previous three matches.

Furthermore, all three of Calvert-Lewin’s shots this weekend were on target. Again, that is more than his total of two across Gameweeks 6-8.

According to the Fixture Difficulty Ratings (FDR), their next two matches against Leeds United and Burnley score only two.

The change of tactics also boosted the attacking potential of Lucas Digne (£6.1m).

Everton’s left-back provided two assists on Sunday and now has five for the season, more than any other defender in FPL.

Digne made a team-leading four chances, a total bettered by only two other players in GW9.

While Calvert-Lewin and Digne excelled in the 3-2 win, owners of James Rodriguez (£7.9m) were left frustrated as he blanked for a third time in a row.

The Colombian is the second most-sold midfielder ahead of the Gameweek 10 deadline of 18:30 GMT on Friday, being moved on by 55,000+ managers.

However, his form at Goodison Park suggests he could punish his sellers.

All six of Rodriguez’s goals and assists have come in his four home fixtures.