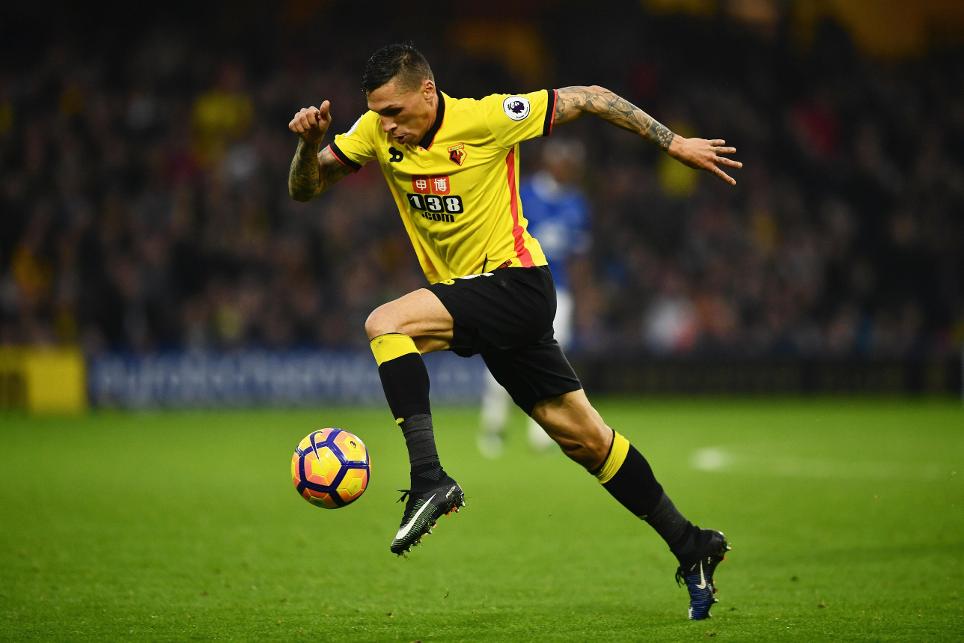 Stefano Okaka (£5.3m) was the match winner for Watford against Everton, as the Italian fired two goals and earned three Fantasy Premier League bonus points in just his second start.

His tally of 57 in the Bonus Point System (BPS) was the highest on show in the Hornets' 3-2 victory and was second only to Leicester City's Jamie Vardy (£9.6m) over Saturday's Gameweek 15 fixtures.

Okaka's brace of goals was accompanied by three completed dribbles and five recoveries, capping an impressive display from the striker.

The Toffees' leading scorer was rewarded with 47 in the BPS, missing out on the maximum bonus points after missing the target with two efforts.

He provided two assists via dead-ball deliveries, completed four dribbles and contributed eight recoveries as Walter Mazzarri's side saw off a late rally from the visitors.

Okaka's performance was reflected in the ICT Index, with the striker claiming top spot thanks to a haul of 13.8.

A Threat score of 61 underpinned that total, as Okaka produced eight touches and three goal attempts from inside the Everton box.

Lukaku again trailed the Watford striker in second, recording 12.4 in the Index.

A Threat score of 56 was his best since Gameweek 10, as the Belgian fired in five goal attempts, four from inside the penalty area.

Lukaku had failed to register that many efforts on goal since his hat-trick at Sunderland back in Gameweek 4.

Still part of 7.4% of FPL squads, Holebas's two assists were his first attacking returns since his goal at Middlesbrough in Gameweek 4.

Watford are without a clean sheet in five Gameweeks, though the wing-back's prowess on dead balls could go on providing FPL points regardless of a lack of shutouts.

Lukaku's return to the scoresheet and the encouraging statistics offer hope to his 25.9% ownership ahead of some testing fixtures.

He was sold by over 400,000 FPL managers ahead of Gameweek 15 and now faces Goodison Park meetings with Arsenal and Liverpool.

Ronald Koeman's defence will head into those encounters having kept just a single clean sheet over their last 11 Gameweeks.