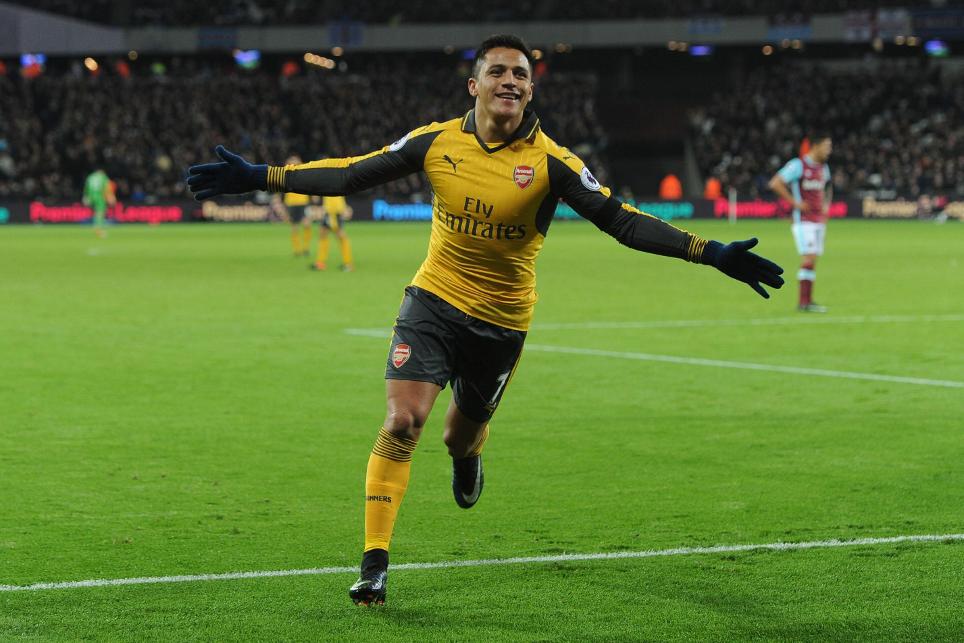 Alexis Sanchez, Eden Hazard and Diego Costa tussle for the armband ahead of home fixtures

How did Alexis' dogs get their names? External Link

The three top scoring players in Fantasy Premier League all play at home in Gameweek 15, making them the prime candidates for the captaincy.

Attracting more new owners than any other player ahead of Saturday's 11.30am GMT deadline, the Chilean served a timely reminder of his explosive qualities with three goals and an assist away to West Ham United in Gameweek 14.

Second only to Sanchez for transfers in among midfielders ahead of Gameweek 15, Hazard has produced 60 of his 97 FPL points at Stamford Bridge.

The most consistent player in FPL, Costa’s goal and assist away to Manchester City last weekend ensured that he has now produced attacking points in 12 of his 14 Gameweek appearances.

Averaging 6.2 points per match to the Brazilian’s 5.8, Mane has registered a goal or assist in five of six home appearances.

A simple answer could solve your Aguero #FPL dilemma ahead of the weekend. The Scout has his say: https://t.co/qkgCes4kKu pic.twitter.com/nw71GLkCQH

Firmino has drawn three straight blanks but his 18.5% owners will be confident of a return to form against a Hammers defence that conceded five times at home to Arsenal last Saturday.

Sunderland’s Jermain Defoe (£7.8m) travels to Swansea City in his most prolific form of the season.

The top value forward for points per million, he has netted in four of the previous five Gameweeks. He faces a defence that have conceded 16 times at home – more than any other side.

Crystal Palace’s Christian Benteke (£7.6m) has earned more than 74,000 new owners ahead of a trip to Hull City.

The Eagles frontman has bagged four goals and an assist in the last four Gameweeks and is up against a defence that have conceded in each of their last 12 Premier League fixtures.

Both maintained momentum by finding the net in midweek European matches.

The Manchester United striker has notched seven goals in his last six appearances across all competitions. Similarly, Kane matches that scoring record in his seven appearances since recovering from an ankle problem.

The Tottenham Hotspur talisman has gained more new owners than any other forward in the Gameweek, emerging as the most popular replacement up front for the suspended Sergio Aguero (£12.9m).