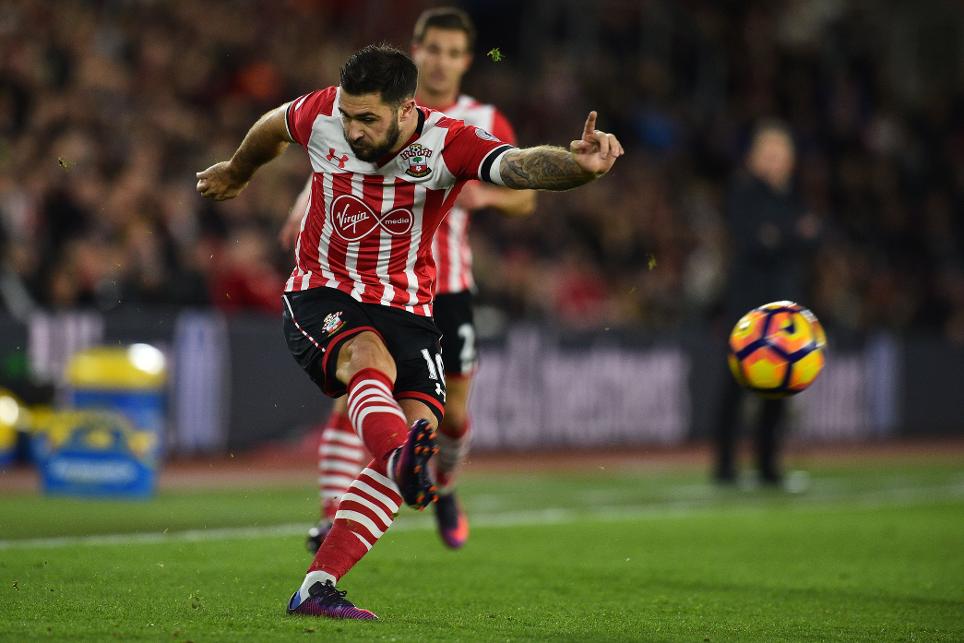 Popular Southampton forward ruled out of Gameweek 15, but Chelsea duo expected to be fit

Charlie Austin’s (£6.9m) Fantasy Premier League owners are on the lookout for a replacement after the Southampton forward was ruled out of the Gameweek 15 home match against Middlesbrough.

Sitting in 15.5% of FPL squads, Austin suffered a shoulder injury in the UEFA Europa League tie last night and will be assessed over the next few days.

There are fears he may be set for a spell on the sidelines, with an FPL exodus expected over the busy festive period. More than 87,000 FPL managers have sold him in the last 24 hours.

Elsewhere, Diego Costa (£10.8m) and Pedro (£7.3m) are both expected to recover from knocks from the previous Gameweek for Chelsea’s home match  with West Bromwich Albion on Sunday.

Willian (£7.1m) could challenge Pedro for a spot on the right of the Chelsea front three after emerging from the bench to score against Manchester City last weekend.

Cesc Fabregas (£6.9m) may retain his start ahead of the fit-again Nemanja Matic (£5.1m) in central midfield after impressing at the Etihad Stadium, while West Brom head to Stamford Bridge with doubts over Gareth McAuley’s (£4.9m) fitness.

Liverpool's Sadio Mane (£9.3m) and Joel Matip (£5.5m) are expected to recover for Sunday’s visit from West Ham United after both returned to training in the week.

West Ham will welcome back Michail Antonio (£6.7m) and Aaron Cresswell (£5.3m) after conceding five times at home to Arsenal in Gameweek 14.

Arsenal’s Hector Bellerin (£6.4m) faces a late test after stepping up his recovery from an ankle injury ahead of a home match against Stoke City.

Last season’s top-scoring FPL defender has missed the last three Gameweeks, yet remains in 15.7% of squads.

Stoke will likely be without captain Ryan Shawcross (£4.9m), with Marc Muniesa (£4.2m) in line to retain his place after featuring in back-to-back clean sheets, grabbing a goal in the process.

Burnley manager Sean Dyche remains optimistic over the fitness of Tom Heaton (£4.8m) for a home encounter with AFC Bournemouth.

Owned by 13.8% of FPL managers, the Clarets’ first-choice goalkeeper has missed the last two Gameweeks due to a calf complaint, yet is placed second in the goalkeeper standings, only five points behind Chelsea’s Thibaut Courtois (£5.7m).