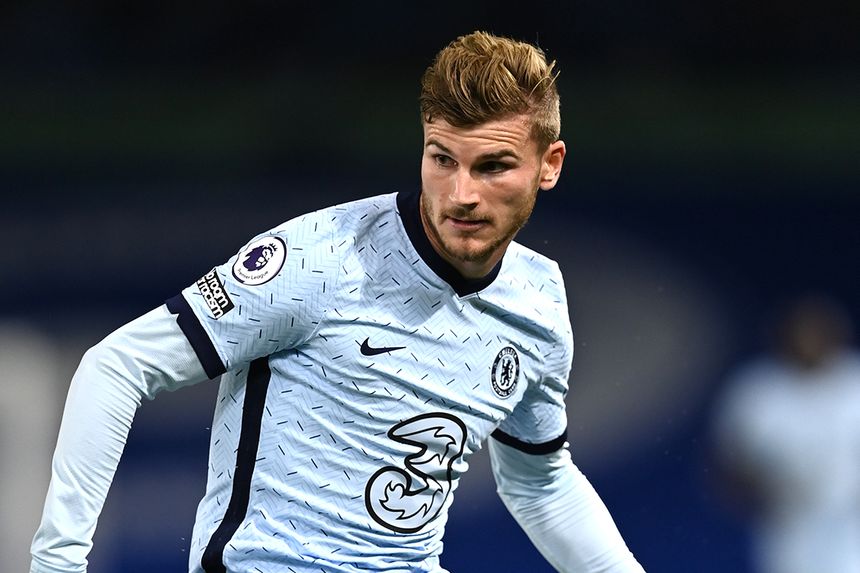 The Reds' defence looked distinctly uneasy when Leeds United played balls in behind the back four during the champions' 4-3 victory last weekend.

Marcelo Bielsa's side scored twice from long passes that turned Jurgen Klopp's defenders towards their own goal.

Chelsea will look to target this as an area of weakness.

And in that sense Werner is the ideal man to spearhead their attack.

The Germany international made a habit of sprinting beyond defences to score for RB Leipzig last season, claiming 12 of his 28 league goals in this manner, rounding the goalkeeper on four of those occasions from 1v1s.

So when he raced clear from a turnover to earn a penalty at Brighton & Hove Albion in that fashion on Monday it came as no surprise.

The 24-year-old failed to score in an otherwise impressive Premier League debut at Amex Stadium.

Always on the move and willing to test Brighton defenders with a darting run, Werner provided Chelsea with an exciting new dimension.

Werner was sharp and brimming with energy, attempting five shots on goal from inside the box.

In addition no one in Frank Lampard's team made more sprints, or reached a higher top speed than the German.

Exploiting space in behind

Liverpool hold their defensive line higher than the majority of Premier League teams.

Keen to press inside the opposition half and to congest the middle third for opponents, they are prone to leaving space in between their back four and goalkeeper Alisson.

Accurate early passes can sometimes catch them out and this is why Werner will be a menace on Sunday.

When the German takes up positions between Liverpool defenders he will be extremely difficult to catch if his team-mates are able to slide the ball through.

Liverpool's success was built on a tremendously solid defence last season but standards have slipped this summer.

Conceding goals in each of their last seven competitive matches, including the Community Shield, the Reds' rearguard has looked edgy when put under pressure.

The likes of Trent Alexander-Arnold, Joe Gomez and Virgil van Dijk are not at the peak of their powers.

So when Chelsea get into the final third it will be in their interests to push as many players into the box as possible.

If runners are not tracked far better than they were against Leeds, the Blues will cause Liverpool a mountain of problems.