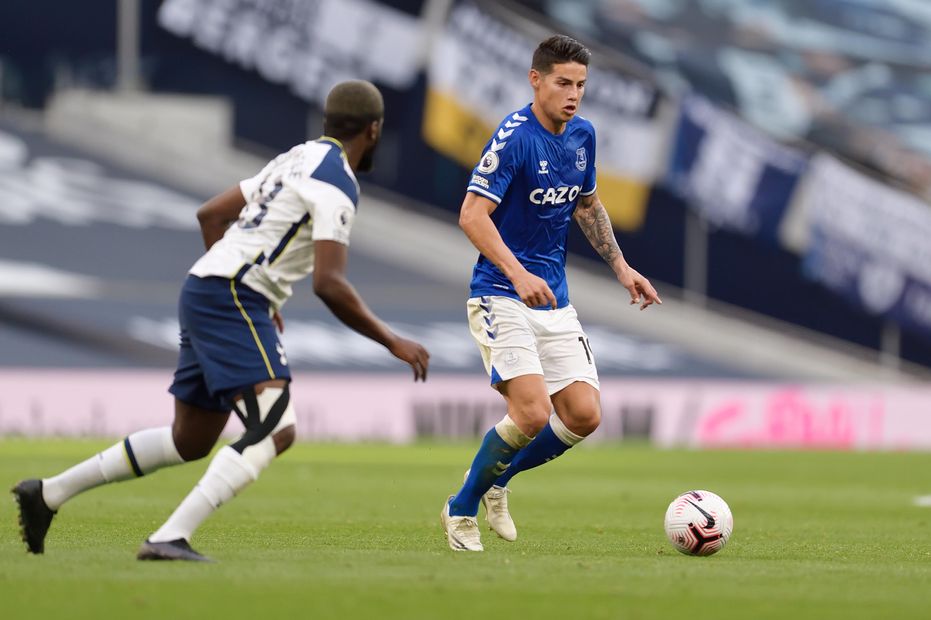 James: All I want to do is help Everton External Link

Harper: 'We'll be out to prove a point' External Link

West Bromwich Albion's central midfielders will need extra support to prevent them from being overwhelmed by Everton's impressive new unit at Goodison Park.

Jake Livermore and Romaine Sawyers struggled to influence matters in their 3-0 home defeat to Leicester City on the opening weekend.

They allowed opponents to run off them into pockets of space, and lacked authority on the ball within a surprise 3-4-2-1 formation.

On Saturday the Baggies pair are likely to be outnumbered by Allan, Andre Gomes and Abdoulaye Doucoure, with right-sided forward James Rodriguez also frequently sliding into central spaces.

Finding a way to stop this quartet of Toffees from dominating the match will be West Brom's biggest challenge.

It must be a priority for Albion to condense the space that Rodriguez has to operate in.

The Colombian made five key passes in Everton's 1-0 victory at Tottenham Hotspur, using his cultured left foot to great effect when cutting infield.

Rekeem Harper replaced Sawyers midway through the second half when Albion reverted to a more familiar 4-2-3-1 system at the weekend, but all three midfielders laboured.

By contrast Carlo Ancelotti's central midfield trio were imposing in and out of possession at Tottenham Hotspur Stadium.

Former Watford player Doucoure was their most progressive midfielder, creating four chances, and he will look to make regular, powerful runs beyond Livermore and Sawyers.

To help close the space between the lines, it is vital for one of West Brom’s three centre-backs to squeeze up and deal with those forward bursts.

With just Dominic Calvert-Lewin to mark, they can afford to be assertive.

Slaven Bilic's back three must also be more aware of sprints made from deep.

On Sunday, Leicester midfielder Dennis Praet was allowed to ghost into the box undetected to provide an assist for the opening goal.

If this midfield issue is viewed as a major concern by Bilic, we could see a slight change to his team’s set-up at Goodison Park.

It would be prudent to persist with five defenders but this time the Croat may opt to sacrifice one of his attacking midfielders, Matheus Pereira or Grady Diangana.

He could then switch to a defensive 5-3-2 shape.

Selecting a third central midfielder could be a sensible option for a trip that looks daunting based on Everton’s impressive showing in Matchweek 1.