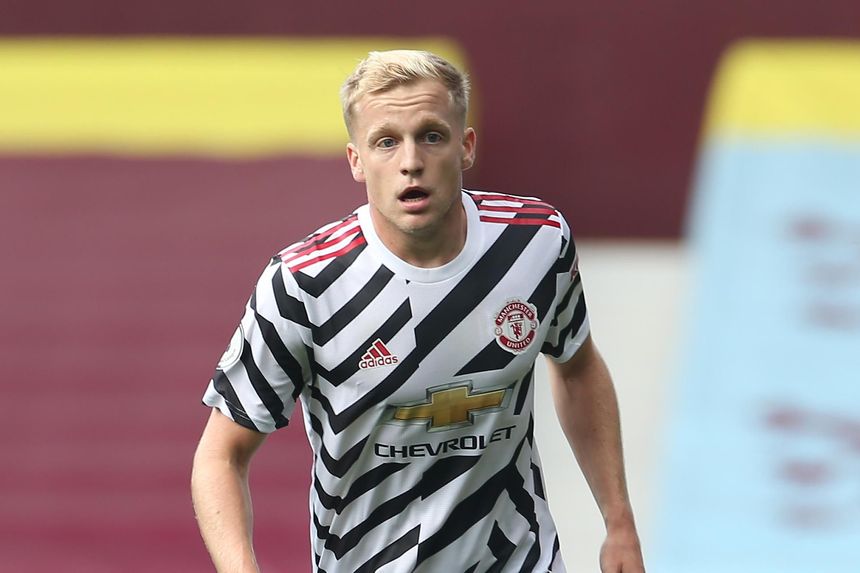 Donny van de Beek is a box-to-box midfielder who will further strengthen a fast-improving area of the Manchester United starting XI.

The Dutchman has joined from Ajax on a five-year deal and is an all-rounder who enjoys being part of a midfield trio in which he has the freedom to join attacks. He can also comfortably perform in an orthodox midfield pairing, or as a roaming No 10.

Ole Gunnar Solskjaer has recruited a top-class footballer, who has proven his quality in the UEFA Champions League.

The big question ahead of United's first match of 2020/21 at home to Crystal Palace is: Where will he fit into the side?

"He’s settled in really well," Solskjaer said. "He’s a smashing boy, great personality; he’s come in with loads of energy and a big smile every day.

"He played well [in a friendly] against Aston Villa so you’re likely to see him."

But Van de Beek's style of play means he could be competing directly with Paul Pogba for a place in the first XI.

United need at least one sturdy defensive midfield presence and Bruno Fernandes's place as chief playmaker is all but guaranteed.

This means Van de Beek could initially be looking to outperform his new French team-mate.

Defending comes more naturally to the 23-year-old Dutch international, who will track back and run tirelessly for the side.

All you need to know on Van de Beek

Learning to become more of a midfield orchestrator is a part of his game he must develop, though.

Pogba averages around double the amount of passes per match that Van de Beek produced for Ajax.

Van de Beek will also be expected to get on to the ball more frequently, especially at home.

In a creative sense, both are equally dangerous attacking midfield players.

He is an expert at timing his runs into the penalty area and is a classy finisher.

But, Pogba is the man more likely to unlock defences with a brilliant pass or piece of individual skill.

In Van de Beek, United have signed a highly promising midfielder who is approaching his peak years, but Solskjaer faces a selection dilemma.

In tougher tests where United will have less of the ball, Van de Beek may be the more reliable option.

However, when United are likely to dominate matches, such as against Palace, Pogba's ability to prise open gaps could be preferable.

Provided that Solskjaer sticks with a three-man strike force, it is hard to envisage Van de Beek, Pogba and Fernandes starting matches together on a regular basis.

Do not be surprised if Solskjaer trials that system in the coming weeks.