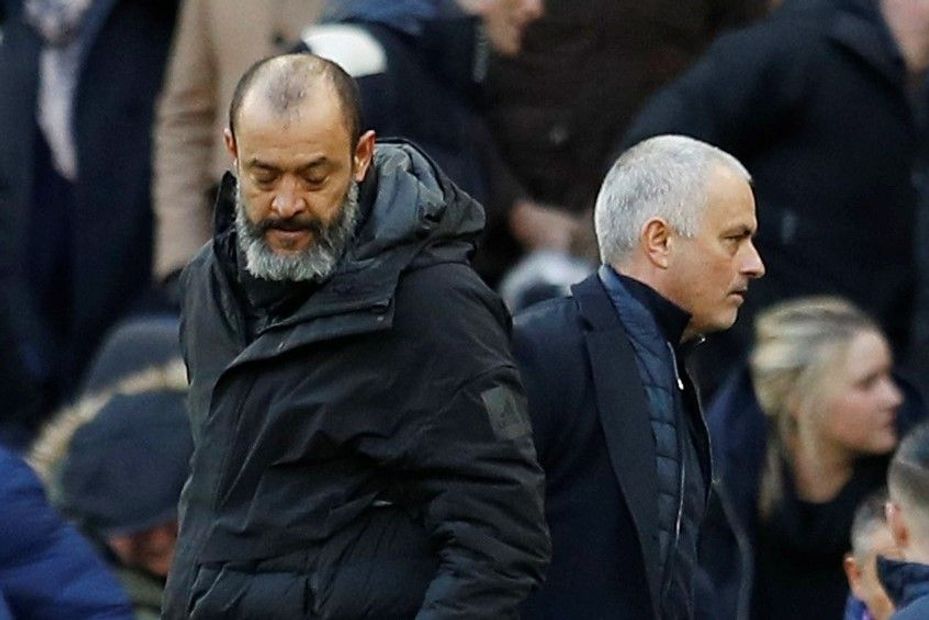 They once celebrated European glory together but now Jose Mourinho and Nuno Espirito Santo find themselves on opposite sides of a battle to qualify for continental competition.

Nuno was a goalkeeper for Mourinho's Porto and was on the bench when the Portuguese club won the UEFA Cup final in 2002/03.

Seventeen years on, Nuno is aiming to ensure his Wolverhampton Wanderers side finish above his former boss's Tottenham Hotspur team and earn a place in the UEFA Europa League, formerly known as the UEFA Cup.

Both men know sixth place will guarantee a spot in the competition, while seventh may not be enough.

Ahead of the final day, their sides lie just one point apart, and the battle could be decided by goal difference.

Who they both face

Wolves’ fate is in their own hands and if they win on Sunday, they will finish sixth. But they face a tricky trip to Chelsea, who have all to play for themselves as they target a top-four finish.

Spurs have won their last three matches and visit a Crystal Palace side who have lost their last seven. But a victory would be futile if Wolves also win.

A draw would be enough for Spurs if Wolves lose. In that scenario, Mourinho’s side would grab sixth place on goal difference.

There is a chance that both clubs could ultimately qualify for the UEFA Europa League via their Premier League finishing position.

But for this to happen, whichever team finish seventh would need a favour from Chelsea in the FA Cup final.

If Frank Lampard’s side beat Arsenal at Wembley on 1 August, the Blues would earn a European place as a prize for winning the cup, but they will already have qualified through their league position.

The UEFA Europa league spot would therefore go to the seventh-placed team instead.

On the other hand, if 10th-placed Arsenal win the FA Cup they would take the third and final place.

Another route for Wolves

If this were to happen and Wolves were the side who finished seventh, they would still have a chance to qualify for Europe by winning this season's UEFA Europa League.

They face Olympiacos in the second leg of their round-of-16 encounter on 6 August, having drew the away tie 1-1.

If they go on to win the entire competition they would then be rewarded with a UEFA Champions League spot.

But with so many factors to consider, Nuno and his team will no doubt do everything they can to win on Sunday and secure European football for next season, regardless of what happens elsewhere.