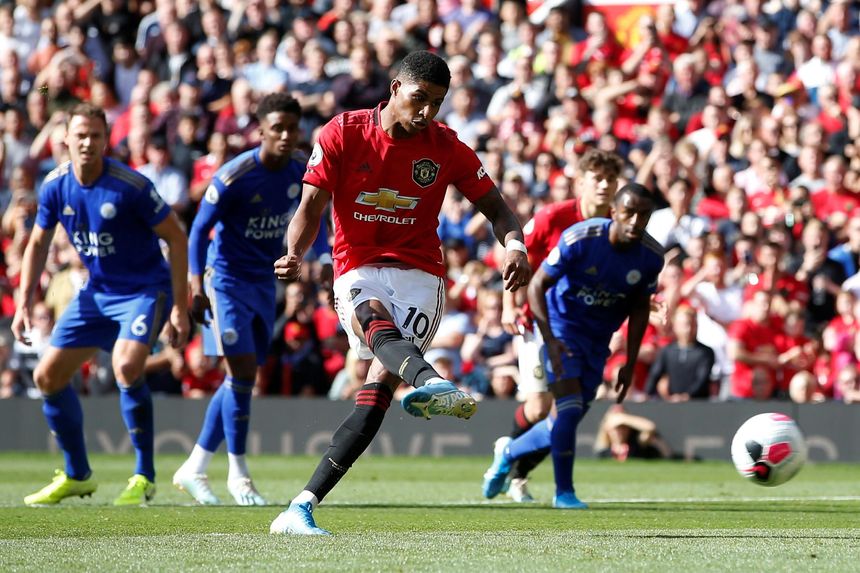 All eyes will be on King Power Stadium as Man Utd and Leicester go head-to-head, while Chelsea seek one more point

The race for a top-four finish is going down to the final day, with Manchester United, Chelsea and Leicester City vying for the two remaining places in next season's UEFA Champions League.

All three teams lie within a single point and a decisive duel is in store as Leicester host Man Utd.

Chelsea also have a tough test as they play sixth-placed Wolverhampton Wanderers, who must hold on to that position to guarantee UEFA Europa League qualification.

A draw for Man Utd at King Power Stadium would ensure they finish above their hosts Leicester and secure a top-four spot.

They can take confidence from the fact they are unbeaten in 10 Premier League matches against the Foxes.

Leicester must beat their visitors to leapfrog them.

However, a draw would still secure a top-four finish if Chelsea lose, because Brendan Rodgers' team have a better goal difference than Frank Lampard's men.

Leicester cannot afford a defeat but rarely lose their final league match of the season. They have earned at least a point in 11 of their last 12 Matchweek 38 fixtures.

Chelsea need a draw against Wolves to be sure of a top-four finish but could get away with a defeat. If they lost at Stamford Bridge, they would require Man Utd to beat Leicester.

Encouragingly for Lampard, Chelsea are unbeaten in all their five Premier League home matches against Wolves. And, when finishing their season at Stamford Bridge, they haven't lost since 2001/02.

Tammy Abraham could be a key figure for Chelsea, having scored in all three of his league matches against Wolves, netting six goals in total, including a hat-trick in this season's reverse fixture, won by the Blues 5-2.