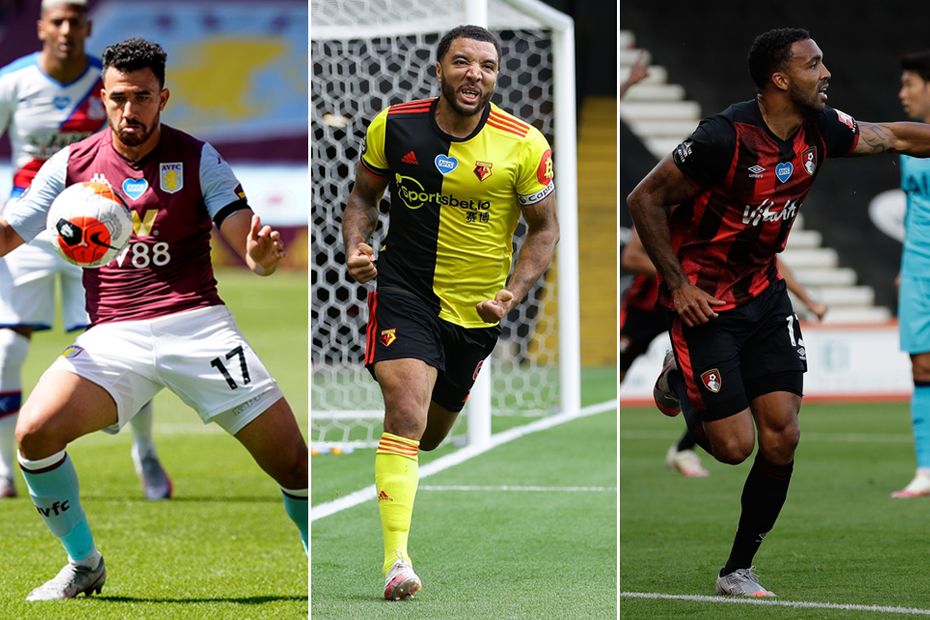 Aston Villa, Watford and AFC Bournemouth are all scrapping for one place ahead of Sunday's climax

Sherwood: Aston Villa's victory can keep them up

Hughes: “We Have To Give It Everything” External Link
Final-day relegation battles: 2004/05

The battle for safety will be decided on the final day as Aston Villa, Watford and AFC Bournemouth fight for one place in the Premier League and it could all come down to goal difference, or even goals scored.

Villa are outside the relegation zone for the first time since February and are the team in form, having taken seven points from a possible nine, most recently beating Arsenal on Tuesday.

They travel to West Ham United knowing a draw would put them out of reach of AFC Bournemouth. Through goal difference, they can also stay above Watford by matching the Hornets' result at Arsenal.

Villa can take heart from their goalless draw in September's reverse fixture against West Ham, while their Egyptian star Trezeguet will aim for more heroics after scoring three goals in his last three matches.

For Watford, who have lost their last five away matches, a draw at Emirates Stadium would also keep them above AFC Bournemouth, but must hope it is better than Villa's result to overtake them.

If Villa win, Watford must do the same while also achieving a two-goal swing in goal difference.

Both winning with a one-goal swing would mean the two sides finish level on points and goal difference, but Villa would stay up through scoring six more goals this season.

AFC Bournemouth travel to Everton where only a victory, combined with defeats for both Villa and Watford, will keep them up.

Although Eddie Howe's Cherries can draw confidence from their 3-1 win in September's reverse fixture, Carlo Ancelotti has yet to be beaten in his nine matches at Goodison as Everton manager.