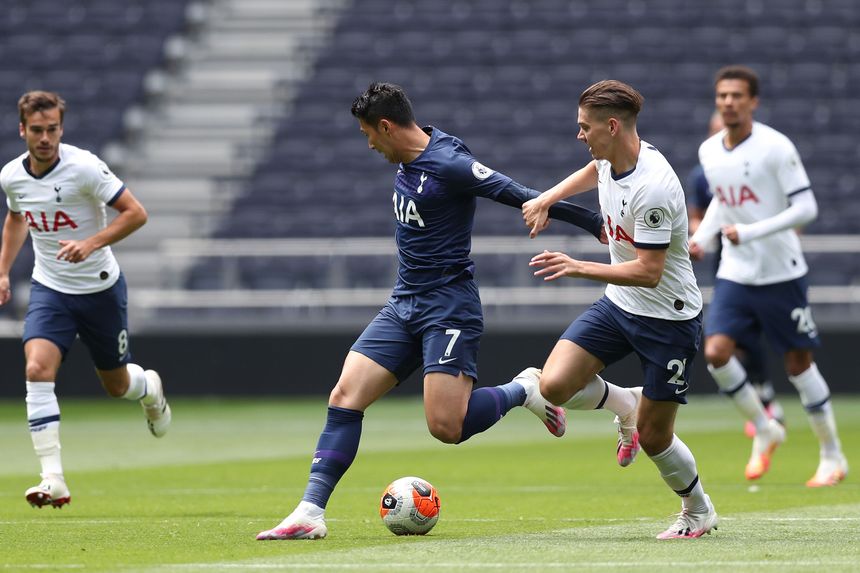 From 11 v 11 matches to free-kick drills, see how our teams are getting fit and ready for the season restart

Premier League clubs are upping the intensity as they continue with Stage Two of the Return to Training protocol.

Here's how some of our teams are getting ready for the season restart.

The Gunners got straight into some small-sided games and Lucas Torreira gave head coach Mikel Arteta a boost by returning to training following an ankle injury.

Villa focused on some shooting drills and did some passing training under the watchful eye of assistant head coach and five-time Premier League champion, John Terry.

Down on the south coast there was a welcome sight as goalkeeper Aaron Ramsdale was cleared to return to training.

In the Seagulls' training matches Aaron Connolly and Leandro Trossard showed there were few signs of rustiness with some brilliant goals.

At Cobham Training Centre the Chelsea cameras caught some competitive action and Willian took time to practise his free-kicks.

The whole group back together! 🙌 pic.twitter.com/Zv0UKUHg0Y

The Eagles filmed their return to contact training with a drone in the sky.

The Toffees set up some high cameras to watch a training from a tactical viewpoint, while there was also a three-way finishing drill between Richarlison, Moise Kean and top scorer Dominic Calvert-Lewin.

Take a slow-motion look at Leicester's return to contract training.

The leaders ran an 11 v 11 match at Anfield, with Sadio Mane back among the goals as they got a feel of playing in a stadium again.

Man City put their players' fitness to the test before attacking players like Leroy Sane, who is back from injury, did some one-on-one finishes.

At United there was a first link-up between the fit-again Paul Pogba and January signing Bruno Fernandes, who showcased their set-piece skills.

Valentino Lazaro finishes off a slick move with an acrobatic finish in the sunshine.

Norwich stepped up the intensity with some fast-paced matches after testing their goalkeepers with shot-stopping drills.

The Blades are due to be one of the first two teams back in Premier League action and they trained at Bramall Lane ahead of their away match against Aston Villa on 17 June.

James Ward-Prowse showed there's no substitute for hard work as he spent time after training perfecting his long-range shots.

Spurs' players went head-to-head at Tottenham Hotspur Stadium with Tanguy Ndombele's goal one of the highlights of the match.

The Hornets stepped things up as they went from one-on-one finishing to 2v1 attack versus defence.

West Ham upped the intensity as they ramped up training exercises with fast-paced matches.