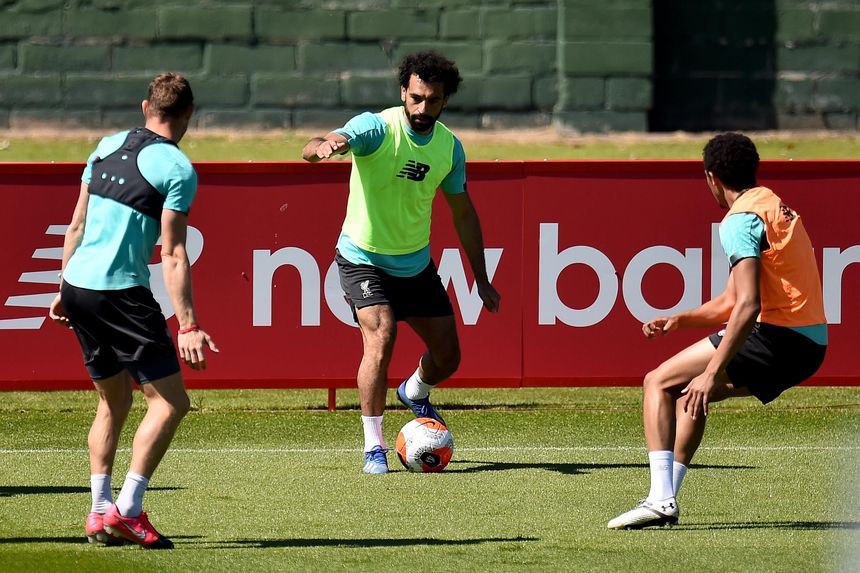 Statement on Stage Two of return to training

Clubs have resumed contact training after it was unanimously agreed to proceed to Stage Two of the Return to Training protocol.

Get you someone who looks at you the way Mesut looks at this football 😍 pic.twitter.com/R7fnS8YMmr

Putting in the work. 💪#AVFC pic.twitter.com/oJPh37jJ10

The Brighton players did a mix of outside and inside work and showed some of the safety measures being followed during training sessions.

🔙 to it this week, good to see you again lads! 💙#BHAFC 🔵⚪️ pic.twitter.com/kC0vAXcr0o

"The players have all returned to training in good shape, and we have stepped up to stage two of the training protocol with no concerns," manager Sean Dyche told the club's official website.

Defender Charlie Taylor, meanwhile, was excited to be one step closer to playing football again.

“To get back to bigger groups and play some actual football will be nice," he said. “Everyone is looking forward to it and glad that things are going in the right direction."

Take in some high-angle camera footage of the Toffees training.

Jamie Vardy and the Foxes were back on the training pitches in the sun and you can watch some of the goals in their small-sided matches below.

Preparations for the return of Premier League football took another step forward during training at Belvoir Drive this week 💪#lcfc pic.twitter.com/1o7P2cD0P1

The Reds have been practising the quick passing skills that have been central to their bid for a first Premier League title.

The reigning champions got back in the groove with some small group training sessions.

Marcus Rashford, meanwhile, is back looking fit and showing off his skills.

Winger Allan Saint-Maximin is getting to up to full speed at the Magpies' training base.

Midfielder Mario Vrancic revealed that he is enjoying Stage Two of the return to training protocol.

"Training is a lot different now," Vrancic told the club's official website. "We were only allowed to train for limited periods at the start but now that’s changing with the new protocol in place. It’s much better now and there is a lot more interaction."

The Blades posted a video of their stars playing a match and taking part in some drills.

Saints showed how they stepped up their intensity this week following the initial return to small-group training from 19 May.

Spurs found a fun way to begin Stage Two as their players including Harry Kane and Son Heung-min partook in games of football tennis and teqball.

Hornets club doctor, Matthew Ogunsanya, has stressed the conditions the Watford players will be training in could not be safer.

“Moving to contact training will be a process of educating the players and staff and providing reassurance," Ogunsanya told the club's official website.

"You couldn't get a safer work place. We are in a very safe bubble."

Feels good to be back 😁