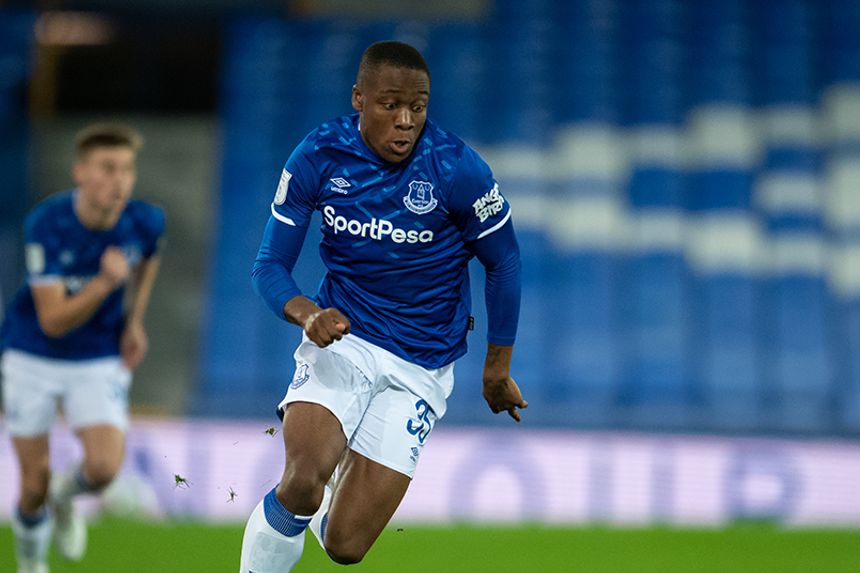 Defending champions Everton booked their place in the last eight of the Premier League Cup with a 2-1 victory over Reading.

Ellis Simms and Dennis Adeniran (pictured) scored in the first half for the Toffees, who held on despite Augustus McGiff's late goal for the Royals.

Rushian Hepburn-Murphy scored two goals and created another to help Derby County reach the quarter-finals with a 6-0 win over Middlesbrough.

The on-loan Aston Villa forward's brace made it 2-0 before half-time and he set up substitute Tyree Wilson on 68 minutes.

Jahmal Hector-Ingram came on to add a fourth before his saved effort was converted by Ikechi Anya.

Cameron Cresswell's header then completed the rout in stoppage-time.

Wigan Athletic take on Sunderland in Group F on Monday with a place in the last 16 at stake.

Both clubs are vying for the second qualifying spot from that group but Sunderland need to win by at least four clear goals to make it through.