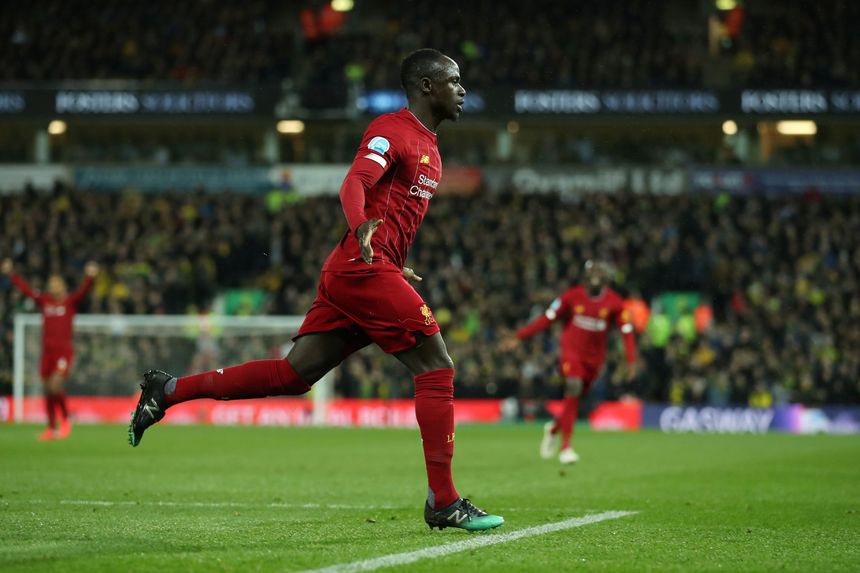 Sadio Mane scored the winner on his return from injury as Liverpool beat Norwich City 1-0 at Carrow Road.

Mane, who came on as a 60th-minute substitute, struck his 100th goal in all competitions for an English club to make the breakthrough in a hard-fought contest.

The Senegalese brought down Jordan Henderson's lofted ball forward to spin and shoot beyond Tim Krul with 12 minutes remaining.

The goal ended Norwich's resilience in the match, with Krul having earlier made a fine double save to deny Mohamed Salah and Naby Keita.

Norwich had a chance to open the scoring in the first half when Lukas Rupp almost played in Teemu Pukki but Alisson thwarted the move while Alexander Tettey hit the post with a low drive after the break.

A 17th straight league win puts Liverpool 25 points clear at the top of the table.