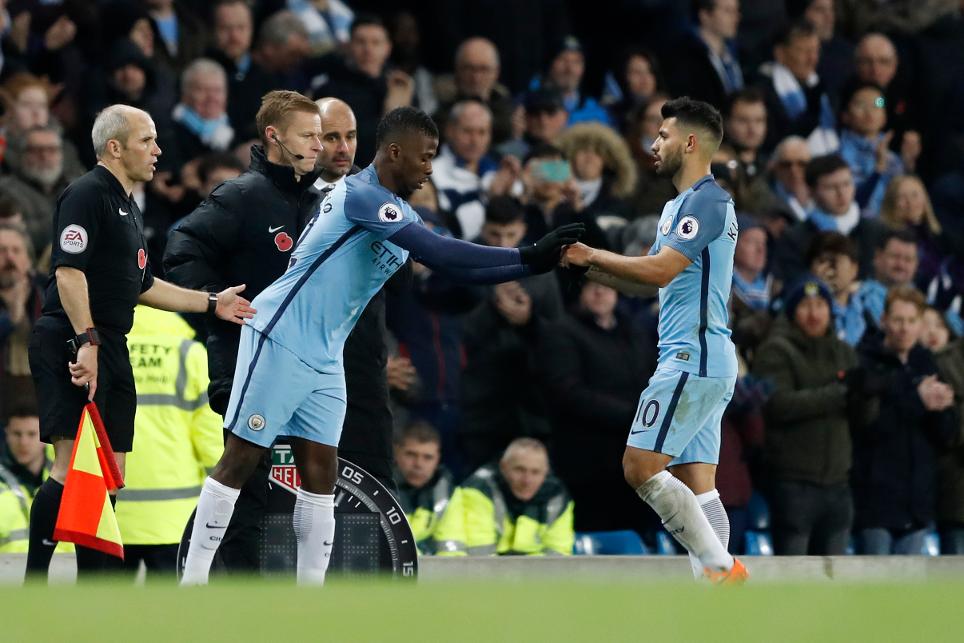 Kelechi Iheanacho: He scores when he starts External Link
How to solve a problem like Aguero

For the second time this season, Kelechi Iheanacho (£6.6m) looks in line to benefit from a spell on the sidelines for Sergio Aguero (£13.0m).

The 20-year-old deputised for Manchester City’s top scorer in Gameweek 4 and 5 encounters against Manchester United and AFC Bournemouth while Aguero was suspended.

Iheanacho produced a goal and an assist on both occasions, racking up 20 points.

Aguero’s latest bans rules him out of matches against Leicester City, Watford, Arsenal and Hull City, before returning for the Gameweek 19 trip to Liverpool on 31 December.

Handed a UEFA Champions League start against Celtic in midweek, Iheanacho geared up for the trip to the King Power Stadium by netting in the 1-1 draw.

Despite limited Premier League pitch time under Pep Guardiola, the Nigeria forward has provided three goals and as many assists in only 301 minutes.

As the table above shows, his average of 17.7 minutes per shot is similar to Aguero, with the pair more or less identical for minutes-per-goal.

Of the two, Iheanacho has been far more creative.

Despite more than 700 minutes fewer on the pitch, Iheanacho has produced 11 key passes to Aguero’s 12, with the latter providing only one assist all season.

Encouragingly for Guardiola, and for FPL managers, Iheanacho has played a part in 60% of City’s goals when on the pitch, compared with Aguero’s 47.6%.

Although Guardiola could field Kevin De Bruyne (£10.8m), Nolito (£8.6m), Leroy Sane (£7.5m) or Raheem Sterling (£7.8m) as a “false nine”, Iheanacho’s midweek display strengthens his chances of starting against a Leicester defence wo have conceded twice in each of the last four Gameweeks.

Yet his ownership lies at 4.3% ownership, having been drafted in by 61,000+ FPL managers since last weekend’s deadline.

Iheanacho may well be worth a punt for Fantasy players seeking a differential option.