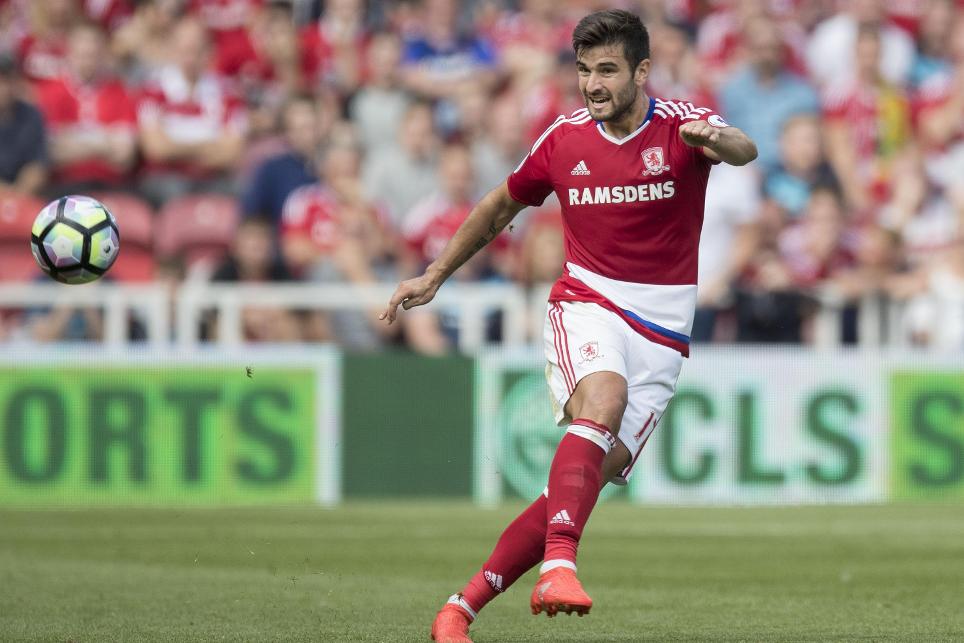 Pagliuca Jababra need look no further than Teesside for the key factor in his 149-point Gameweek 14 haul to claim the prize for Fantasy Premier League Manager of the Week.

With his Bench Boost chip in play, Pagliuca watched 24 points from a trio of Middlesbrough assets roll in.

A Gaston Ramirez (£5.3m) goal in the win over Hull City, coupled with clean sheets for Victor Valdes (£4.5m) and Antonio Barragan (£4.5m), ensured that Pagliuca's line-up received a hefty push over the line in Monday night's final match.

Having gone all out for the weekly prize, tailoring his squad with 18 transfers before Saturday's deadline, Pagliuca's Gameweek-14 high was powered by the signings of Alexis Sanchez (£11.6m) and Harry Kane (£11.1m).

Selecting Kane as captain, Pagliuca will have been frustrated to have missed the opportunity to double Sanchez's 23-point tally in Arsenal's 5-1 defeat of West Ham United.

The signing of Chris Brunt (£4.9m) - classified as an FPL defender but deployed on the right wing in West Bromwich Albion's win over Watford - was particularly shrewd; Pagliuca was one of only 1,500 FPL managers to draft in the Northern Irishman ahead of Gameweek 14.

He returned 14 points, with team-mate Matt Phillips (£5.4m) scoring a third goal in four Gameweeks in the 3-1 victory to record another nine points towards Pagliuca's total.

Christian Eriksen (£8.3m) bettered the Baggies pair with an 18-point haul in Tottenham Hotspur’s 5-0 defeat of Swansea City, while a second successive clean sheet for Stoke City in their 2-0 win over Burnley ensured that both Lee Grant (£4.2m) and Erik Pieters (£4.5m) contributed a combined 14 points.

The Potters left-back joined the aforementioned Middlesbrough contingent as part of Pagliuca's Bench Boost, carrying him to the Fantasy Premier League weekly prize.

Pagliuca wins a copy of FIFA 17, a Nike Ordem 4 match ball and an FPL mug, all packaged in an FPL rucksack.