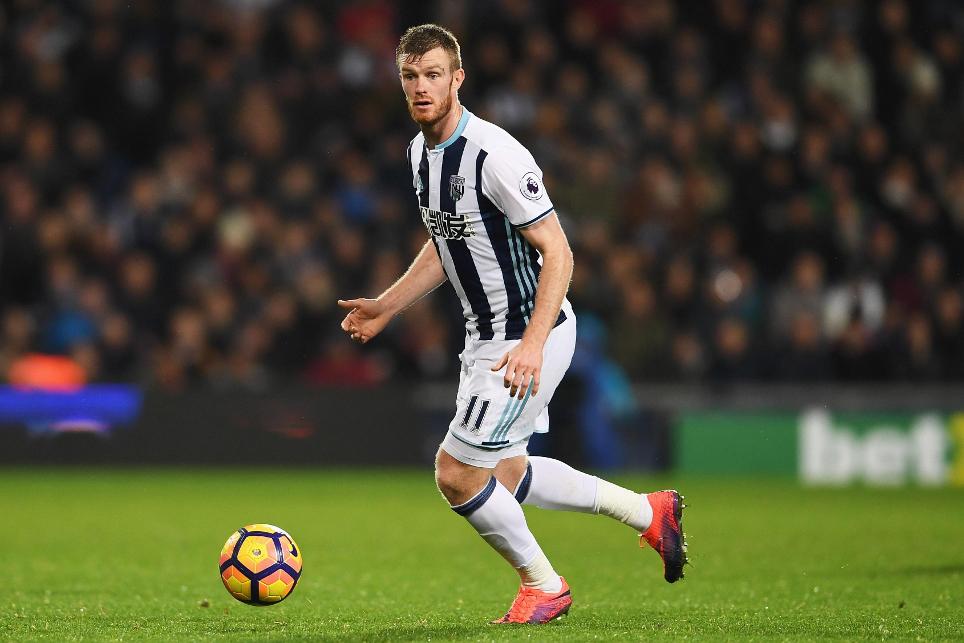 As a defender playing in midfield, Chris Brunt should be on the radar for Fantasy managers says The Scout

Classified as a defender but again lining up on West Brom's right wing, Brunt registered a goal and an assist as well as three successful open-play crosses, scoring 40 in the Bonus Points System (BPS).

Matt Phillips (£5.4m) netted a third goal of the campaign, helping him record 34 in the BPS. He also completed three dribbles on his way to another pair of bonus points.

The attacking contribution of Brunt and Phillips was also recognised in the ICT Index as the pair achieved the top two scores for Creativity.

Phillips went one better, setting up three chances for team-mates, while succeeding with two of five attempted crosses.

Despite suffering defeat, Watford recorded 17 goal attempts and boasted the highest Threat scores in the match.

Nordin Amrabat (£5.0m) was the pick of their attacking players, registering four attempts on goal, three from inside the West Brom penalty area.

Brunt's 14-point return underlined his potential as an FPL defender playing in an advanced midfield role.

However, with Nacer Chadli (£6.3m) and James McClean (£5.0m) both starting on the bench, it is clear that competition for places in West Brom's midfield is fierce.

Gareth McAuley (£4.9m) remains the most popular acquisition in the Baggies' rearguard - Chelsea's Marcos Alonso (£6.2m) is the only FPL defender to earn more new owners ahead of Gameweek 15.

However, clean sheets may now be difficult for Tony Pulis' men.

The Gameweek 15 trip to Chelsea is one of four testing fixtures on the horizon, with a home match against Manchester United and trips to Arsenal and Southampton also to come before 2017.

Phillips may have the form to overcome such stiff opposition, though.

He has returned attacking points in each of the last four Gameweeks, registering three goals and as many assists.

He will miss the Gameweek 15 hosting of Everton plus trips to Manchester City and Sunderland.