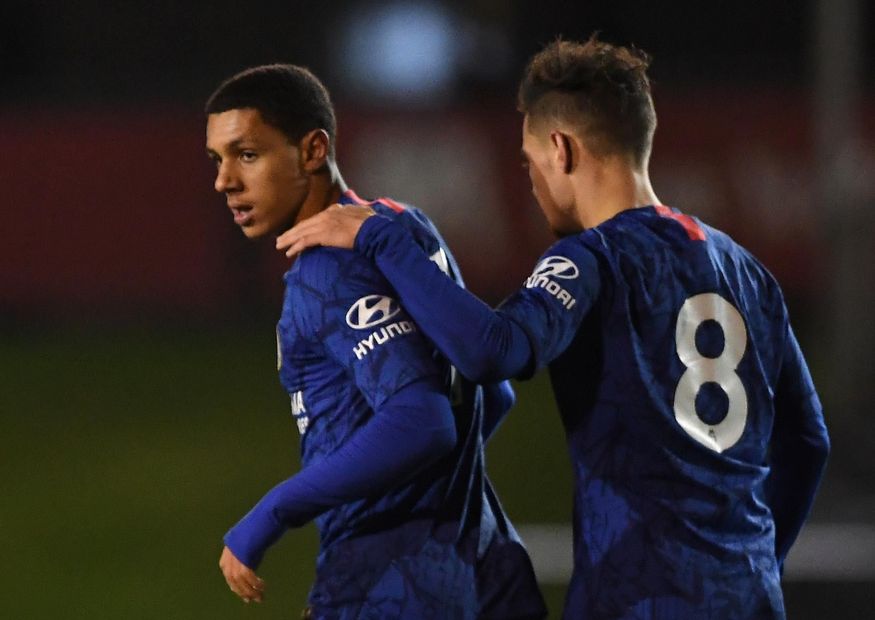 Henry Lawrence struck to keep Chelsea unbeaten at the top of Premier League 2 Division 1 with a 1-1 draw at Liverpool.

Lawrence, 18, equalised with a thunderous shot from the edge of the box on 76 minutes after Curtis Jones had given Liverpool a first-half lead.

A third draw in a row means the leaders are a point above Arsenal, who have played one match more and lost at Brighton & Hove Albion on Friday.

Liverpool are in seventh place, seven points off the summit.

On Sunday, Manchester City earned a 2-0 victory over Tottenham Hotspur to move off the bottom of Division 1, while in Division 2 Norwich City won 3-1 against Sunderland.