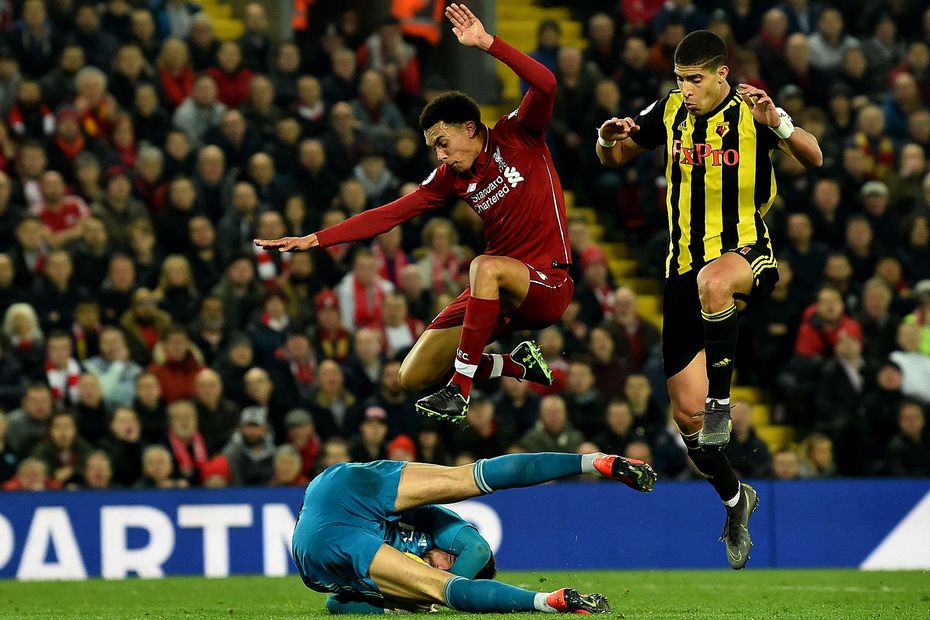 When they host Watford on Saturday Liverpool will be strongly favoured to achieve their 16th consecutive Premier League home win, but history does hint at a possible upset.

The 12:30 GMT kick-off at Anfield will be the 35th meeting between the top and bottom sides in Premier League history.

In such matches the league leaders have won 24, drawn six and lost only four times when playing the 20th-placed side in the competition.

However, the only time Liverpool have played the bottom side while sitting at the top of the division they were brought back to earth with a bump, losing 2-1 to a struggling Tottenham Hotspur side in November 2008.

Liverpool, though, have plenty of cause for optimism. Not only have they not yet lost in the Premier League this season, their recent record against the Hornets is strong.

The Reds have won six of their last seven top-flight matches against Watford, scoring 25 goals in the process.

Nigel Pearson has a tall order in his first match in charge as Watford's new head coach.

The Hertfordshire club have lost their last 12 top-flight matches against teams starting the day top of the league, a run which stretches back to 1986.

So, who will prevail in the first top v bottom match for nearly two years?