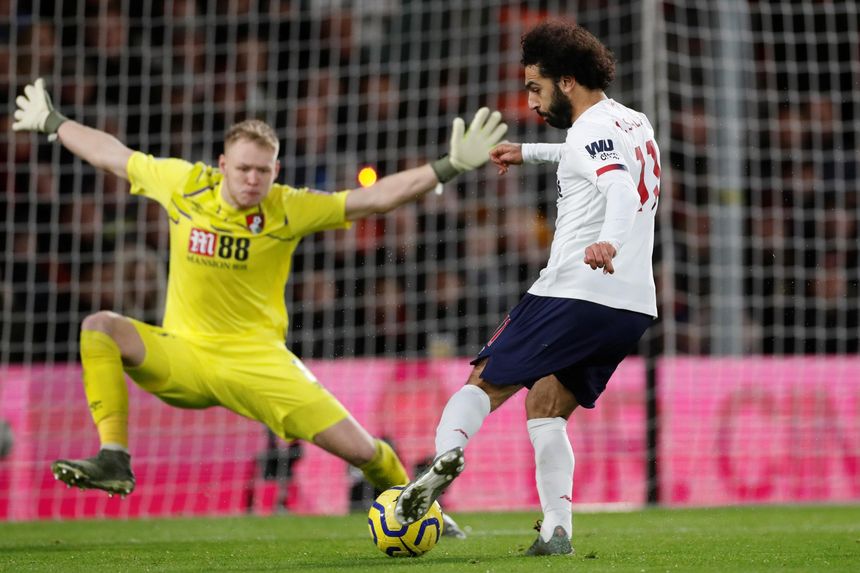 Mohamed Salah marked his 100th Premier League appearance with a goal that underlined his status as one of the competition's most prolific scorers.

Salah's strike in the 3-0 win at AFC Bournemouth was the 63rd goal of his Premier League career.

Only three players in history have ever scored more times in their first 100 matches, with Salah's total matching that of one Liverpool great and narrowly beating another.

Fernando Torres also netted 63 times in his first 100 Premier League matches, all of which came for the Reds. That was one more than Luis Suarez managed in his first century of appearances.

Also among the top 10 are two other current Premier League players in Sergio Aguero and Harry Kane.

Most goals after 100 PL apps

If Salah keeps up his ratio of 0.63 goals per match, he will be on course for 94 goals from his first 150 appearances.

That is one fewer than Ruud van Nistelrooy managed in that time, while Alan Shearer, Kane and Aguero lead the way after 150 PL matches.

Most goals after 150 PL apps