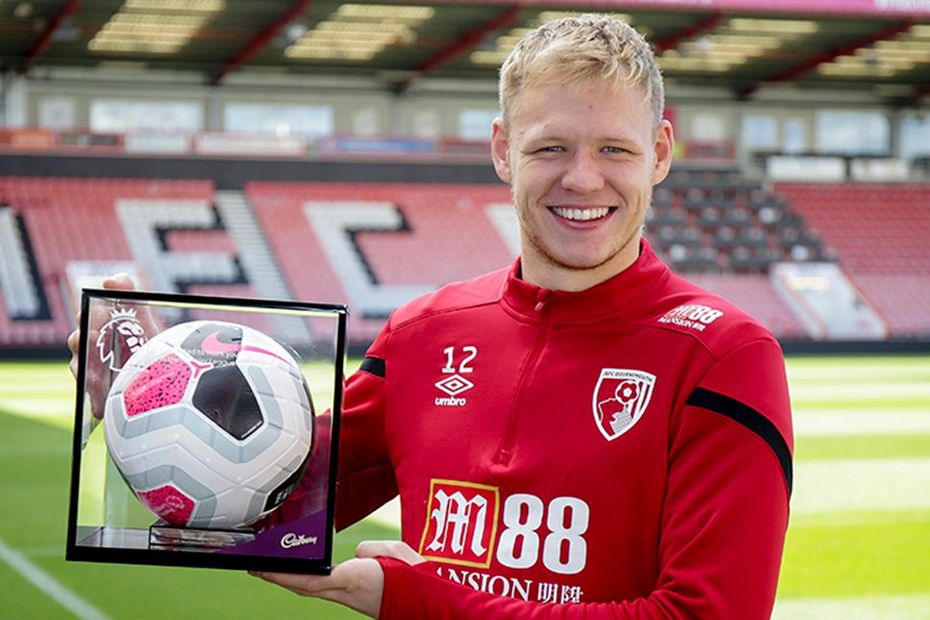 As a youngster Aaron Ramsdale was told he had neither the height nor the kick to become a top goalkeeper.

Now, though, he is AFC Bournemouth's No 1 and he credits his rapid rise to the Premier League to the mental toughness he acquired from those knockbacks.

Ramsdale, now 21, was released by Bolton Wanderers as a 15-year-old, but he signed for Sheffield United before joining the Cherries in 2017.

Loan spells at Chesterfield and Wimbledon in 2018 and 2019 paved the way for a summer in which he established himself as Eddie Howe's first-choice goalkeeper at AFC Bournemouth.

Indeed he made his Premier League debut against his old club, Sheff Utd.

"It's been difficult," Ramsdale told the club's YouTube channel after receiving his Premier League Debut Ball to honour his first appearance. "There was a lot of rejection as a young kid, getting released at Bolton. Being too small and I couldn't kick.

"But that was the best thing that could happen to me. It's given me the backbone and the toughness to never say die."

"It's a proud moment. It's something to show off what I've achieved in my short time.

"Playing in the best league of the world, in my eyes, is a massive achievement."

Now he is a firm favourite with the AFC Bournemouth fans after a host of standout displays, earning the chant of "England's No 1" when he came up against the man currently occupying that shirt for the Three Lions, Everton's Jordan Pickford.

"It's always nice hearing it, especially with Jordan Pickford at the other end," added Ramsdale, who kept goal for England's Under-21s against Slovenia on Friday. "But we had a good laugh after the game. It's all good fun and it's nice to get the recognition from the fans."