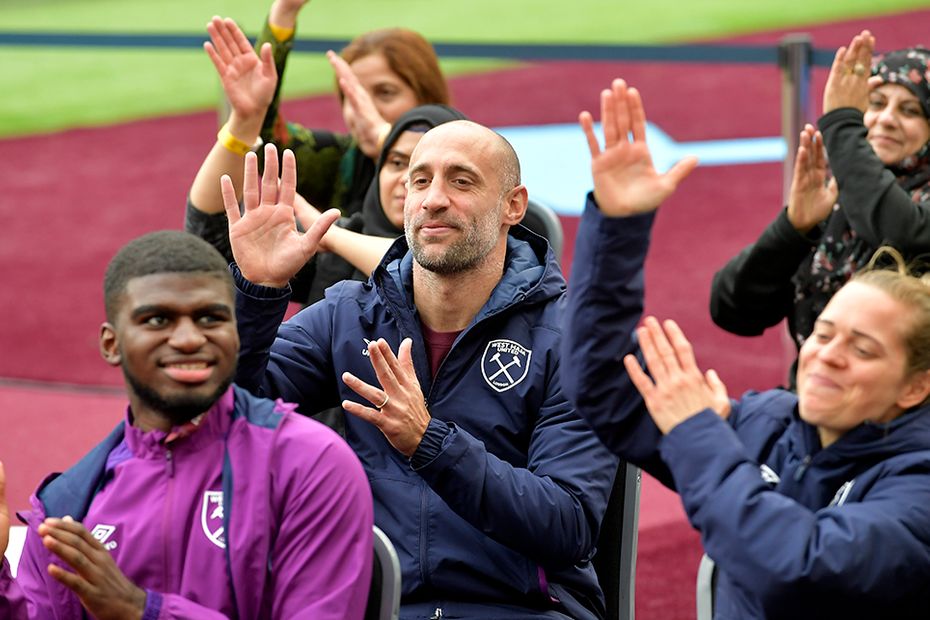 Defender Pablo Zabaleta and midfielder Carlos Sanchez have both been involved with the 150Club, a 24-week programme offering residents in the London Borough of Newham who are at risk of diabetes or cardiovascular disease a range of tailored activities.

It addresses a key need in the local area as Newham has the lowest percentage of physically active adults in the whole country, while it also has the second-highest premature mortality rate due to cardiovascular disease in London.

"It shows how big the benefits can be if you do some activity, and even from their point of view, they say they feel so much better," said Zabaleta.

"Whatever the sport, it is fine. You just need to do a bit of exercise and look after yourself so you can be healthy and lead a good life, not only for you but for your friends and family too."

More than £1.4million has been made in annual savings to the National Health Service (NHS) through the club's diabetes prevention, a study by EY has found.

Earlier this year Peter Bell became the 500th participant to complete the programme, having got involved after a health check

"Having a Lifestyle Advisor was really helpful," Bell said.

"I started by cycling and then built up to things like the treadmill, and I'm eating a lot healthier as well.

Part 2: How West Ham bring old people together
Part 3: Noble: Players' Project has personal meaning for me
Part 4: Equality at the heart of West Ham's work