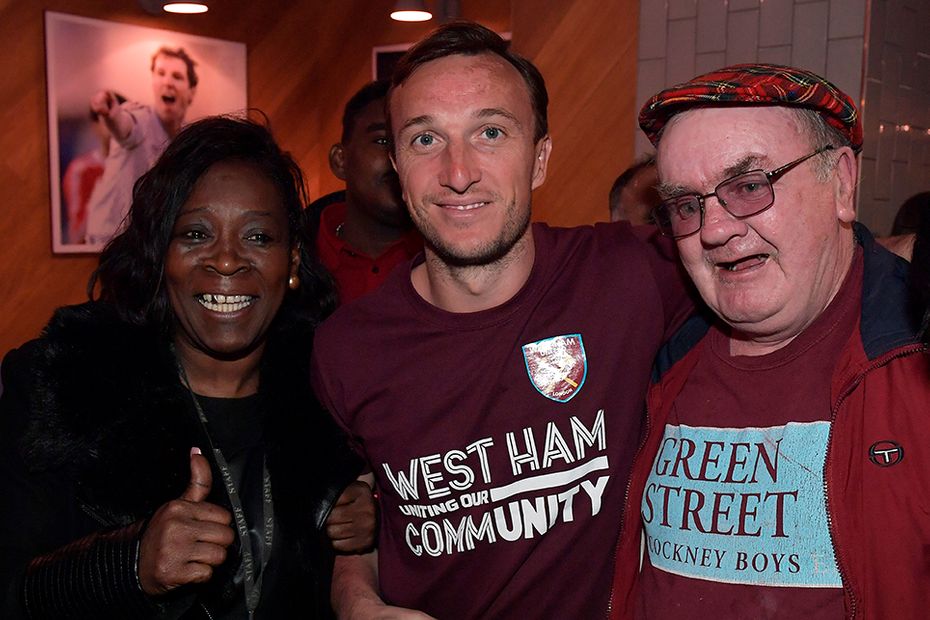 Aaron Cresswell: Players’ Project is about pulling together External Link

Having grown up a stone's throw from the Olympic Stadium, club captain Mark Noble was eager to champion the fight against poverty as part of the Players' Project.

The east London boroughs of Tower Hamlets and Newham, where the club is located, have the highest rates of poverty in the capital, while in Newham, one in 24 people are homeless, says the charity Shelter.

"It's personal because it's the people I grew up with," Noble says. "I know how they've lived and how they're living now.

"I used to ride my bike and play football on these streets, and I was lucky enough to be awarded the Freedom of the Borough here in Newham, so to give back through initiatives likes this means a lot to me."

West Ham and Noble are tackling poverty through events and schemes, such as supplying more than 3,000 holiday hunger meals across east London and Essex, offering festive food to local families, or engaging 16 local homeless organisations through the Newham Homeless Forum.

One such organisation is Caritas Anchor House for whom the support of West Ham, financially and through awareness, "means so much", says the charity's corporate partnerships officer, Andrew Warburton.

"The time, energy and care that our players, staff and volunteers have given to the cause throughout the past year.

"That is what really makes the difference to those in need. People giving up their time to help, genuinely changing lives for the better."