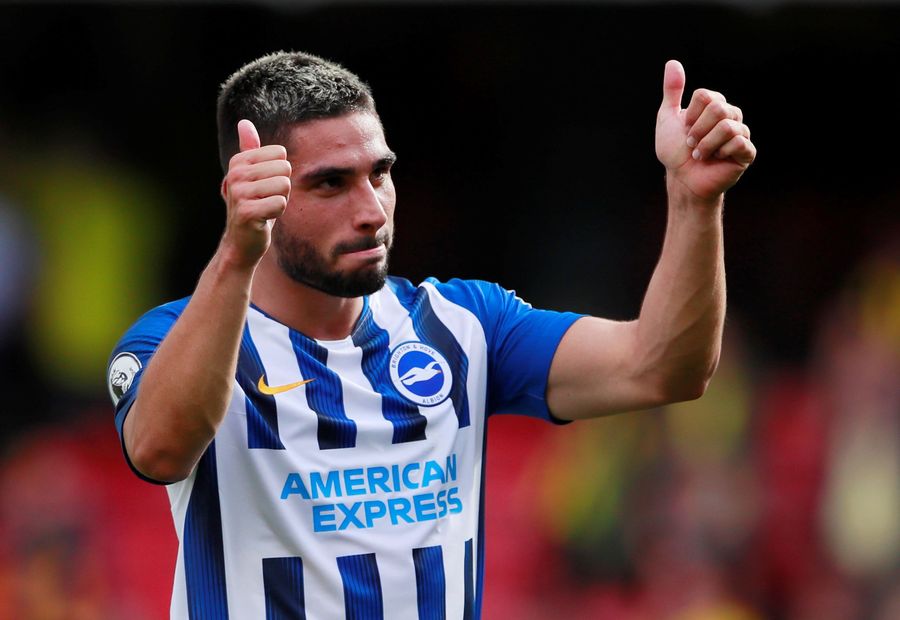 The Scout's analysis of Fantasy Premier League Draft assets concludes with a look at strikers in eight-team contests.

A player can be owned by one manager only in the league, so searching for an in-form forward can be the biggest headache of all.

Getting an advantage is vital, particularly for those managers who prefer to field three-man forward lines.

The Scout looks at forwards who may have slipped under the radar.

Having been named as a substitute in Gameweeks 1 and 2, Maupay has started both matches for Brighton & Hove Albion since.

His solitary goal came at Watford on the opening weekend, yet his eight shots inside the penalty area are more than any team-mate.

Four of the Seagulls' next seven opponents score only two in the Fixture Difficulty Ratings (FDR).

The Crystal Palace striker has been instrumental in their back-to-back wins over Manchester United and Aston Villa.

Ayew has scored one goal and produced nine FPL points in both matches, helping Roy Hodgson's side to fourth place.

Those goals have made him a big target in FPL, with more than 347,000 managers bringing him in since the start of the season.

Yet only 138 out of a sample 1,000 FPL Draft managers had Ayew in their starting line-ups for the 1-0 win over Villa last time out.

Having scored four goals in the first three matches, Barnes was named in 801 of 1,000 line-ups for the Clarets' Gameweek 4 fixture with Liverpool.

By comparison, only 274 placed their faith in Wood.

Yet the upcoming fixtures suggest the New Zealander, who has notched up 10 Premier League strikes in successive seasons, can get back among the goals.

According to the FDR, Burnley's next four opponents, starting with a trip to Brighton, all score only two.

The Southampton striker is yet to score in 2019/20 but has boasted a big threat over August's four matches.

His six shots inside the area and four big chances are both team-leading figures.

He has still to find the form that made him such a big success in the Championship but the signs are promising.

An injury to Troy Deeney has boosted Gray's chances of an extended run of starts for Watford.

He has been named in the Watford first XI in both matches since Deeney was sidelined, scoring against West Ham United in Gameweek 3.

The underlying numbers highlight his threat. Gray's seven shots inside the penalty area are more than any team-mate.