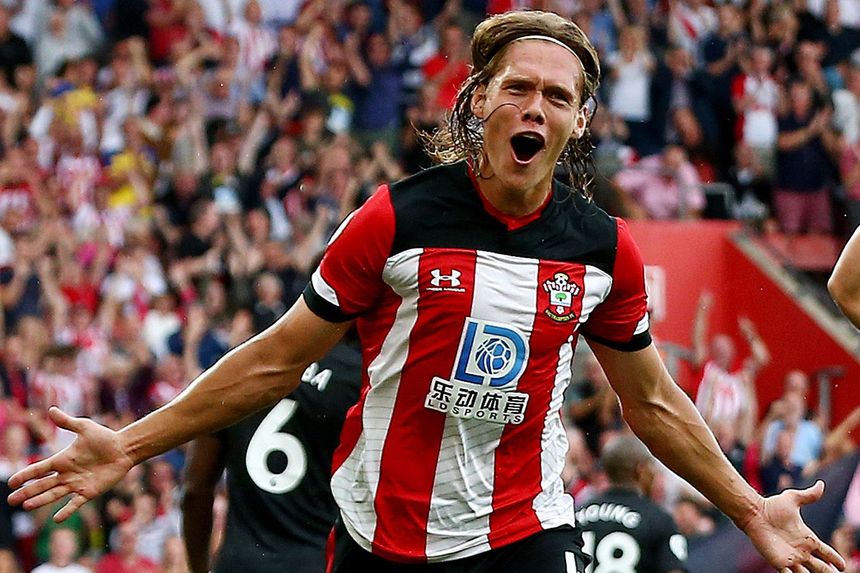 FPL Draft: What you need to know
Time to get your FPL Draft started
FPL Podcast Ep 5: Strategy for international break

The Scout's analysis of Fantasy Premier League Draft begins with a look at defenders in eight-team contests.

Competition for signing players is tougher in a bigger league where managers are forced to look beyond the obvious targets.

Five defenders are required for every 15-man squad, so an eight-team league will have 40 defenders to be selected.

The Southampton centre-back sits joint-third among FPL defenders on 22 points along with Liverpool's Trent Alexander-Arnold.

Yet ahead of Saints' Gameweek 4 home match against Manchester United, he had gone unnoticed.

At that point he was owned by only 14 out of a sample of 1,000 FPL Draft managers and only five of them handed Vestergaard a start.

Their faith paid off as he headed in Southampton's equaliser, producing 11 points in the 1-1 draw.

A big all-round prospect, Vestergaard has one goal, one clean sheet and six bonus points in his last two appearances.

The assist away to Chelsea in Gameweek 4 highlights the wing-back's attacking displays.

Stevens was involved in 10 of Sheffield United's goals last season, scoring four and assisting another six.

That earned him a starting cost of £5.0m in FPL, the most expensive of any promoted defender.

But with no prices in FPL Draft, managers should target Stevens' potential for attacking returns.

Left-back Masuaku was the top-scoring defender in Gameweek 4, producing 12 points against Norwich City.

He supplied an assist and also picked up three bonus points to go along with West Ham United's clean sheet in the 2-0 win over the Canaries.

A kind upcoming schedule points to more success for the DR Congo international.

According to the Fixture Difficulty Rankings, only two of the Hammers' next eight opponents score more than three.

Centre-back Dawson has boasted a major goal threat since his summer move from West Bromwich Albion.

Dawson's six shots inside the penalty area rates more than any other defender in FPL.

Watford next host an Arsenal side who have conceded 13 headed attempts, the joint-worst record in the Premier League.

After stepping up his match fitness, Cahill looks a key figure for Crystal Palace.

Handed a first start of the season in Gameweek 3, his resilience helped the Eagles record back-to-back wins over Man Utd and Aston Villa.

That earned Roy Hodgson's men their second clean sheet of the campaign, joint-top with Everton and Manchester City.