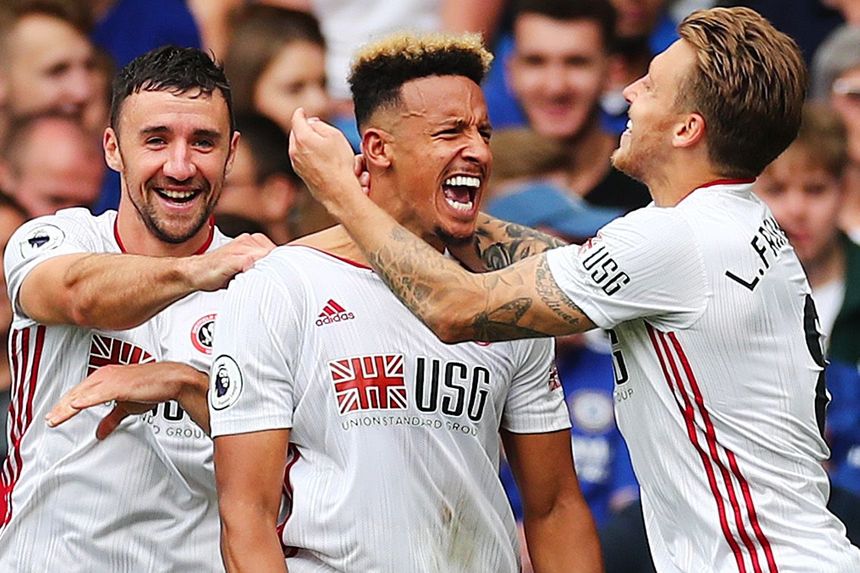 FPL Draft: How to do player trading
FPL Draft: Vestergaard can firm up defences
FPL reflections: Lundstram is gold in Fantasy

The Scout's analysis of Fantasy Premier League Draft continues with a look at key midfielders in eight-team contests.

Midfield is arguably the most important position in FPL Draft when seeking in-form attackers.

Managers can select and play five midfielders in a Gameweek but each squad can only have three forwards.

And because many Premier League teams play with only one FPL striker in their line-up, the number of valid options to consider is limited.

This can drive more investment into midfield, with Draft managers swapping players in and out according to form and fixtures.

A role up front for Sheffield United means Robinson offers FPL Draft managers an "out of position" prospect.

Listed as a midfielder, Robinson delivered on his attacking potential in the Blades' 2-2 draw against Chelsea in Gameweek 4.

He produced a goal, an assist and 11 FPL points at Stamford Bridge.

Yet prior to that performance he had been overlooked. Robinson was owned by six of a sample of 1,000 FPL Draft managers, with only three starting him against Frank Lampard's side.

Yarmolenko stepped up his recovery from injury with a goal in West Ham United's win over Norwich City last time out.

He has started the last two matches, recording four shots on goal and four key passes.

The winger's potential for points could be further rewarded by a kind run of matches.

According to the Fixture Difficulty Ratings (FDR) only two of the Hammers' next eight opponents score more than three.

Listed as a midfielder in FPL, the Crystal Palace man has been operating on the left of a front three.

Schlupp has helped Roy Hodgson's side to successive wins against Manchester United and Aston Villa.

He earned 10 points from those two matches, supplying an assist in the 2-1 victory at Old Trafford in Gameweek 3.

And his totals of three chances created and two shots on target both rank second for the Eagles.

Playmaker Hughes has been Watford's top FPL performer in the opening Gameweeks.

The Hornets have scored twice this season and Hughes has played a part in both goals.

He supplied an assist against West Ham in Gameweek 3 and then netted his first goal of 2019/20 at Newcastle United last weekend.

Hughes' contribution has led to him claiming 15 FPL points in the last two matches.

The Norwich City midfielder has yet to produce attacking points in FPL this season.

However, Stiepermann has shown plenty of promise in a central support role behind Teemu Pukki.

His seven shots and three on target both sit second only to Pukki among his Canaries team-mates.

Norwich also have a favourable schedule to follow, with three of their next four opponents scoring only two in the FDR.