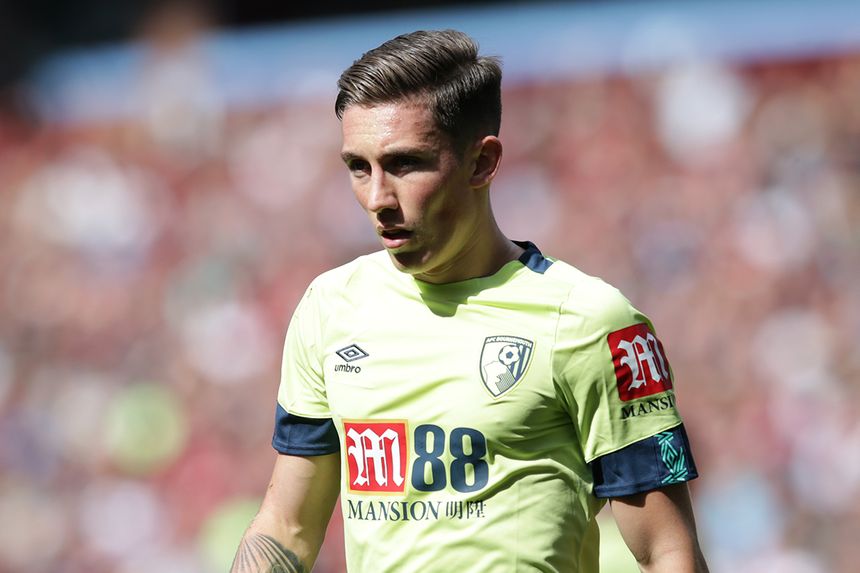 Last season he netted seven times from outside the box for Derby County en route to the Championship playoff final.

Remarkably, all 13 of his non-penalty goals were dispatched from more than 12 yards out.

The Liverpool loanee also marked his Cherries debut against Aston Villa with a goal from outside the penalty area.

Wilson could be key for both his current and parent club at home to Manchester City on Sunday.

When they last met AFC Bournemouth manager Eddie Howe set his team up to defend. Man City had 82 per cent of the possession in a 1-0 victory that meant the Cherries became the first Premier League team to record no shots in a home fixture.

But with left-footer Wilson, who is a goal threat anywhere inside the final third, Sunday's match could shape up differently.

The 22-year-old is at his best driving inside from a right-midfield berth where he is effectively taking the place of the injured David Brooks, who scored six of AFC Bournemouth's 14 left-footed goals last season.

Always ready to take a shot from distance, Pep Guardiola's side will need to get tight if he is within shooting range.

Wilson has quickly settled in his new surroundings, delivering an eye-catching performance against Villa.

As well as scoring the winner from 25 yards, the midfielder had a further four shots on Tom Heaton's goal in a 76-minute run-out.

He is a neat and tidy player, as shown by the 19 successful passes from 21 attempts on his Premier League debut.

Wilson's willingness to let fly adds a new dimension to AFC Bournemouth. It could also improve their 13th-place ranking last season for most shots on target from outside the penalty area.

He comes alive around the box and has a keen eye for slipping clever passes into the area; a quality that will suit the prolific Callum Wilson.

Against Aston Villa he picked out his team-mate twice in the danger zone and matched that figure with a couple of passes to also find flying full back Adam Smith.

When they last met

Riyad Mahrez crowned a dominant Man City display with the winner last time out. The Cherries will naturally need to keep things tight again, but I do expect them to display greater ambition.

Howe's side perform best at a high tempo when taking the fight to the opposition, especially in contests at Vitality Stadium.

With a team containing the in-form Joshua King, plus Ryan Fraser and both Wilsons, AFC Bournemouth must play to their attacking strengths and not focus solely on the defensive side of the game.

It won't be easy to create quality chances against an opponent of City's calibre, so the hosts will need to be clinical.

But in Wilson they boast one of the most lethal left-footed players in the Premier League.