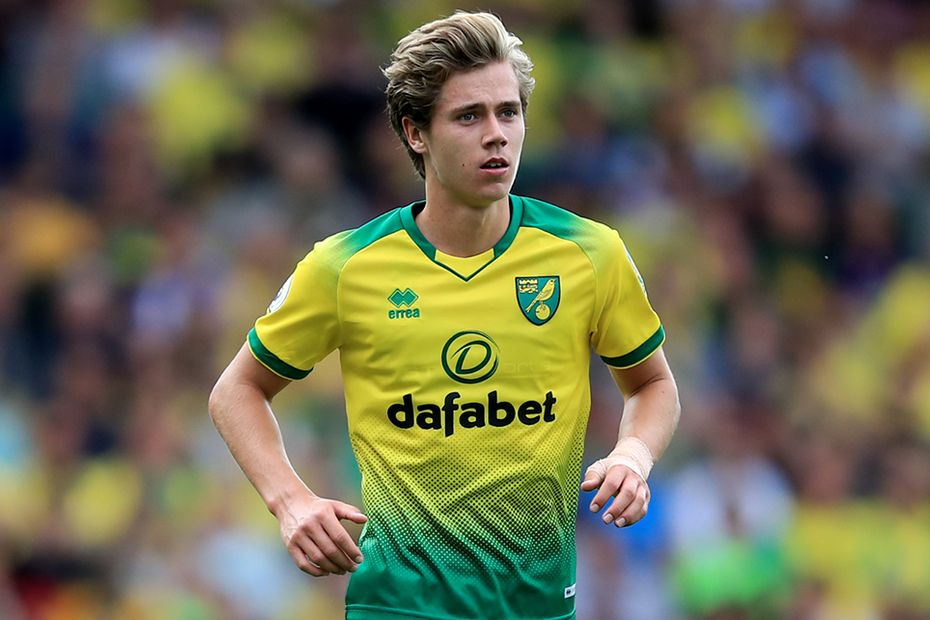 Only Kevin De Bruyne, with 12 chances, has carved out more goal opportunities than Cantwell's eight this season.

The Norwich attacking midfielder is a talent Frank Lampard's side must keep close tabs on in Saturday's early match.

Cantwell was a surprise selection by Daniel Farke in the defeat at Liverpool in Matchweek 1 but displayed great poise and created three chances.

He delivered a series of eye-catching cameos, scoring once and claiming two assists.

Cantwell was thrust into Farke's starting XI after a terrific pre-season and has not looked back.

Exuding confidence, he has flitted around the final third to great effect.

It will be fascinating to see how much freedom Farke gives his enterprising midfield trio for the visit of Chelsea.

In a difficult opener at Anfield, Emiliano Buendia stayed largely on the right, Marco Stiepermann remained central, with Cantwell operating down the left.

The tactical approach at home to Newcastle was far more liberated.

All three rotated positions on a continual basis and this bamboozled the Magpies.

If Norwich have the bravery to replicate this against Chelsea, rather than reverting to a more rigid structure, it will pose Lampard's men problems when they are out of possession.

Last time out, Cantwell, Stiepermann and Buendia all took up smart positions wide of centre to receives passes, and from those half-spaces they like to link with the full-backs, or look for the runs of Pukki.

Cantwell is also a strong runner, who makes late surges into the area and nearly scored from one such run last weekend.

Chelsea may choose to focus their attention on stifling Moritz Leitner.

The German central midfielder made 105 passes against the Magpies, dominating with his distribution.

He picked out Cantwell 15 times and kept the ball moving, consistently bringing his team-mates into play.

If Leitner is allowed to dictate matters in a similar vein on Saturday, the Canaries' creative midfielders could enjoy another successful outing at Carrow Road.