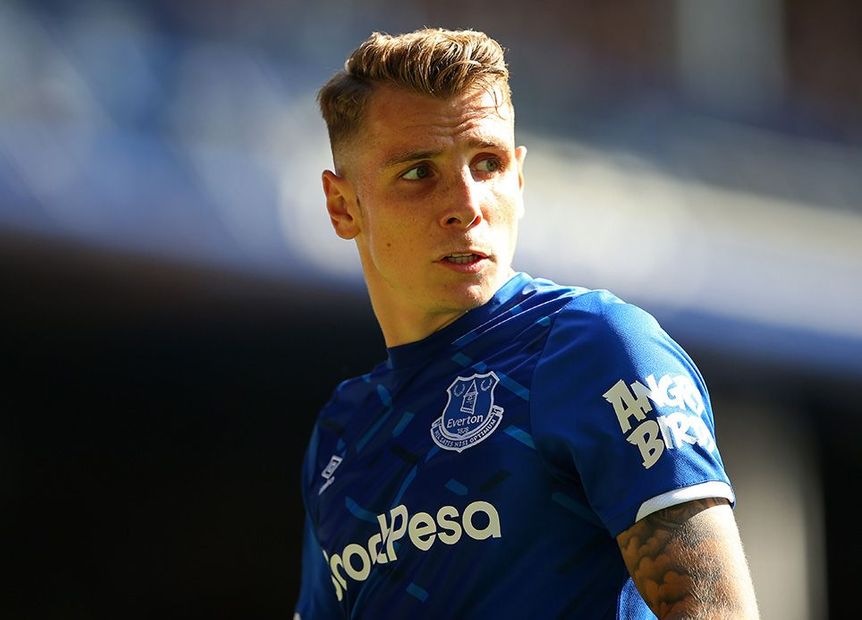 Find out who fans voted the top players from each match from the weekend, including Everton's Lucas Digne

'Proposed new stadium can be a cauldron like Goodison' External Link
Budweiser Kings of the Match: Matchweek 1

Supporters have continued to vote in their thousands to celebrate their Budweiser Kings of the Match.

On the final whistles fans across the world voted for their top Matchweek 2 performers via the official Premier League website and app.

From Lucas Digne to Teemu Pukki, here's who were crowned Kings.

Matchweek 2 Kings of the Match

The Spaniard created the most chances and had the most touches as he became only the third Arsenal player to assist two or more goals on his full Premier League debut, gaining 64 per cent of the fans' vote.

King by name and by vote. The Norwegian scored a penalty to help AFC Bournemouth to a first win of the season at Aston Villa and was rewarded with 46 per cent of the vote.

Belgian Trossard scored in his first Premier League appearance to earn a point for Brighton & Hove Albion at home to West Ham United and 28.7 per cent of supporters' votes.

A second successive clean sheet for the left-back, pictured, who set up Everton's winning goal with a fine long pass for Bernard. He earned 60.9 per cent of the vote.

The Finn was backed by 92.8 per cent after hitting a hat-trick to become the first player in Premier League history to score as many as four goals in their first two appearances.

The Senegalese winger became the first player to score in his first Premier League start in four successive seasons since Mark Viduka, while also setting up Liverpool's second goal. He won 62.4 per cent of votes.

The fit-again playmaker looks back to his best for the reigning champions, having provided two pinpoint assists and won 45 per cent of votes.

The midfielder struck the decisive goal while also playing his part as a hard-working Sheffield United side kept a clean sheet. He received 67.6 per cent of votes.

The 20-year-old Academy graduate enjoyed a dream start to his home debut for Chelsea, opening the scoring in the seventh minute. He earned 36.7 per cent of the votes.

The Portuguese midfielder scored a spectacular goal to equalise for Wolverhampton Wanderers in the second half. With 24.4 per cent of the votes he narrowly pipped Anthony Martial to the King of the Match award.