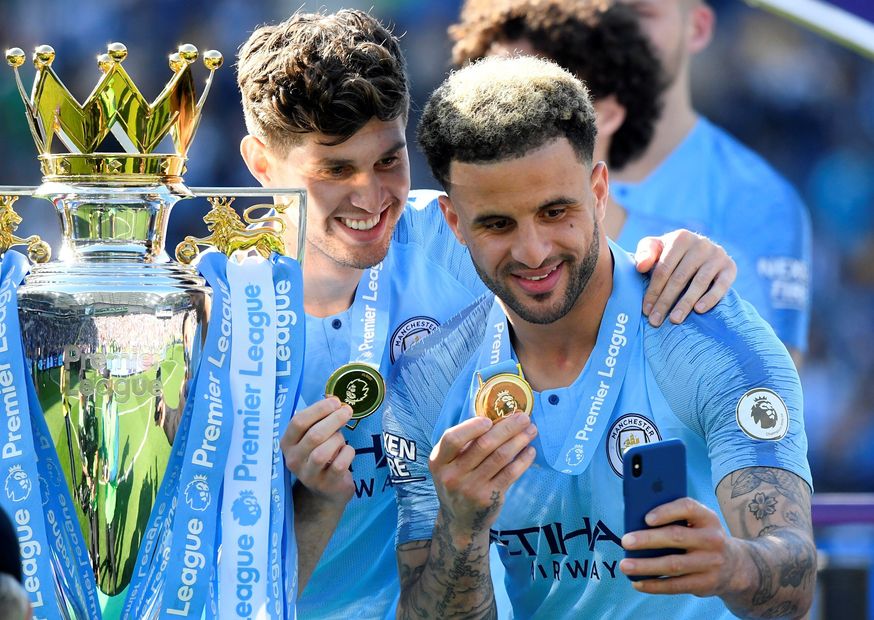 The defender has signed a two-year extension to stay at the Etihad Stadium until 2024 after a season in which he helped City win the domestic Treble.

Since signing from Tottenham Hotspur in 2017, the right-back has become a two-time Premier League champion and has also lifted the FA Cup and the EFL Cup twice.

But the 29-year-old wants further silverware as City look to retain the title for a third season, something that has only twice been achieved in Premier League history.

"Playing for City has been everything I'd hoped it would be and more," Walker told the club's official website.

"It was an easy decision. I want to be competing for trophies, playing at the highest level, and I feel I have improved hugely as a player during my time here.

"The club's vision, both on and off the pitch, matches mine perfectly and I'm looking forward to spending the next five years here, hopefully winning more silverware."