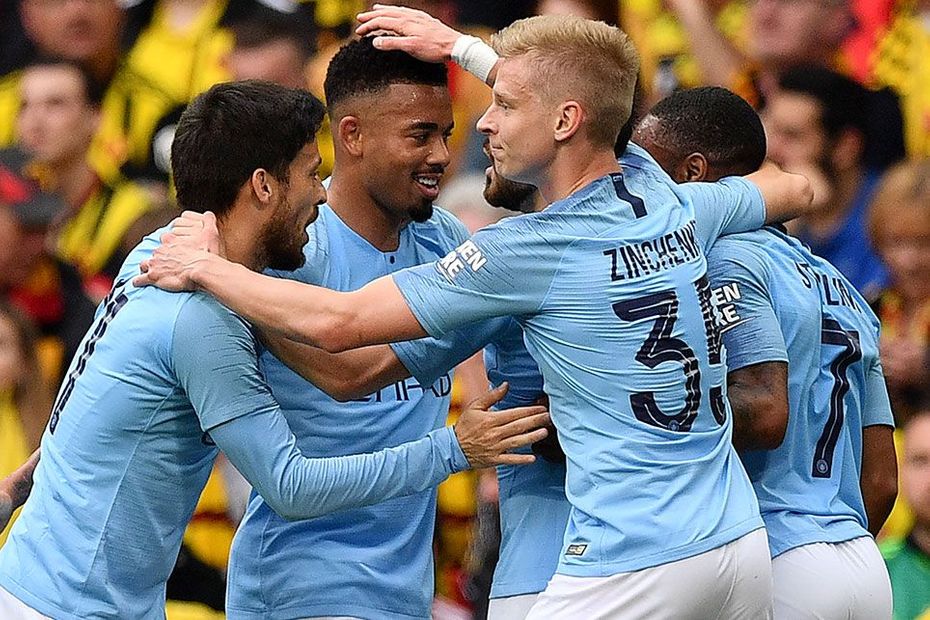 Manchester City have become the first team to win the Premier League, FA Cup and EFL Cup in the same season by beating Watford 6-0 at Wembley Stadium.

Roberto Pereyra had the chance to give Watford an early lead only to be denied by Ederson.

But once David Silva struck on 26 minutes the PL champions never looked back.

Gabriel Jesus added a second and Kevin De Bruyne made it 3-0 shortly after coming on as a second-half substitute.

As Watford sought a way back into the match City picked them off on the counter-attack time and again, Gabriel Jesus racing clear to score on 68 minutes.

Raheem Sterling then struck twice in the last nine minutes to match the 6-0 record win Bury enjoyed over Derby County in the 1903 final and complete City's sixth victory in the competition.