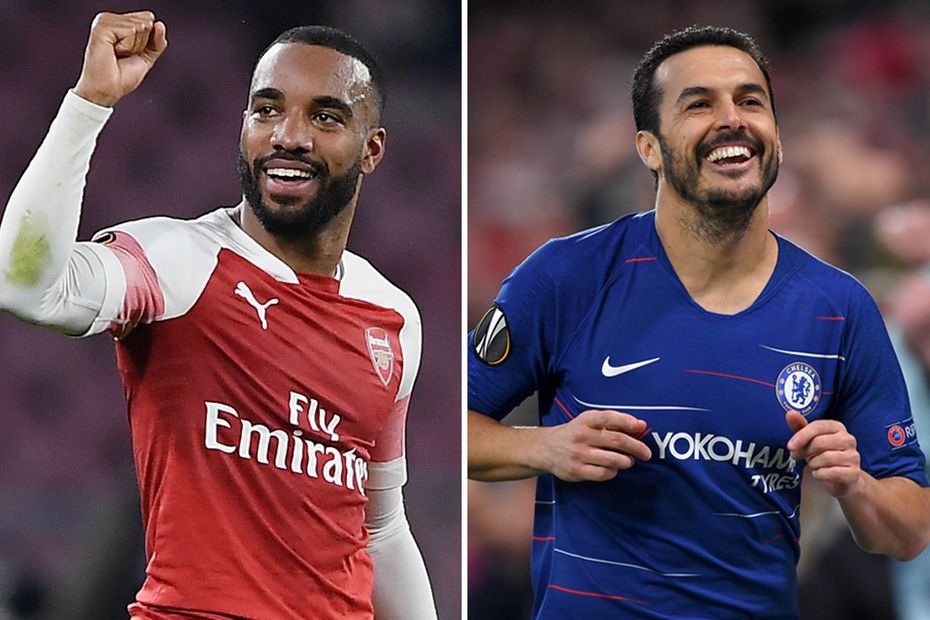 Arsenal and Chelsea made it an unprecedented four Premier League teams in the semi-final stages of UEFA competitions with victories in their UEFA Europa League quarter-final ties.

Chelsea edged past Slavia Prague with a tense 4-3 win at Stamford Bridge, triumphing 5-3 on aggregate, thanks largely to Pedro.

The Spaniard was at the heart of their action, scoring twice, and providing the other two, one scored by Olivier Giroud, as Chelsea built a 4-1 lead.

But Slavia hit back with two unanswered goals to ensure a nervous finish.

Alexandre Lacazette's first-half free-kick gave Arsenal a 1-0 away victory over Napoli, to add to their 2-0 lead from the first leg.

The two London clubs emulate Liverpool and Tottenham Hotspur, who qualified for the semi-finals of UEFA Champions League last night.

The last time four English clubs were in European semi-finals was in 1983/84, when there were three UEFA competitions.

Chelsea will face Eintracht Frankfurt in the last four, while Arsenal head coach Unai Emery will take on his former side Valencia for a place in the final in Baku.

The first legs will take place on 2 May, with the returns a week later.

Before then the two English sides resume their battle to finish in the top four of the Premier League.

Arsenal are at home to Crystal Palace on Sunday, defending their fourth place.

The next day Chelsea host Burnley, looking to exploit any slip-ups from their rivals.