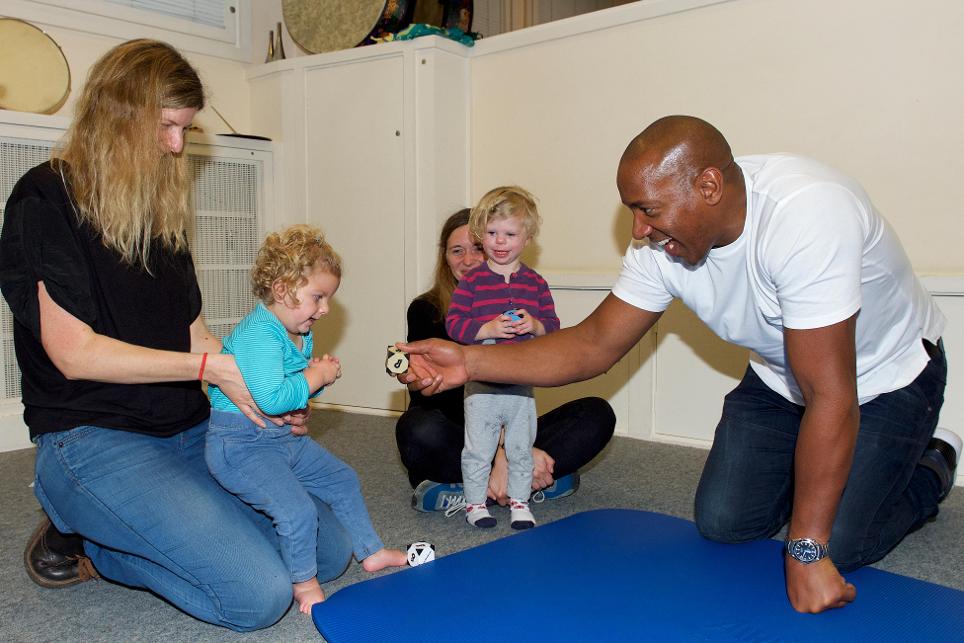 "It makes you stop and think and remember how lucky you are, and what Nordoff Robbins is all about, what it's achieving and what it wants to achieve in the future. It's mind-blowing really."

Music therapy charity Nordoff Robbins will add to the £7million of funding they have received from 20 years of the Legends of Football event, supported by HMV, on Wednesday night, when the 25 players to have scored at least 100 Premier League goals will be celebrated at the Grosvenor Hotel in London.

Dion Dublin is in the '100 club', having scored 111 PL goals for Manchester United, Coventry City and Aston Villa, and he saw the charity's work at first hand when he visited their London headquarters and witnessed a music therapy session with three young children affected by learning disabilities.

Music therapists at Nordoff Robbins' London base bring a specialist use of music to hundreds of people every week, from toddlers to adults in their eighties, with the aim of enhancing their physical and mental development as well as their emotional well-being.

Dublin, who grew up in a family of musicians, invented his own instrument, the Dube, and even taught himself the saxophone after he broke his leg at Man Utd, said: "It was half an hour, the session I saw, watching the children enjoying themselves and getting so much out of what we would consider very little, but to them it's a huge part of their life now.

"When you bring music into a group they are going to respond, whether it's movement with music or the sound in your hand. What you can do with music therapy is absolutely endless. This place is itching to help people through the sound and movement."

Harriet Crawford, a music therapist at Nordoff Robbins, said: "Legends of Football makes all the impact in the world, we're relying on support like that.

"What we can offer is one-to-one or small group music therapy, where your individual needs are really taken care of. You can go at their pace and listen to them.

"It gives a chance to give them something tailor made, and that's what the music therapists do.

"You can have someone who feels really distressed or isolated because they can't reach out to others and get on to the next stage of their development. Music can really help because it gets over any obstacles or barriers."

Find out about tonight's Legends of Football event here and learn more about Nordoff Robbins at www.nordoff-robbins.org.uk.