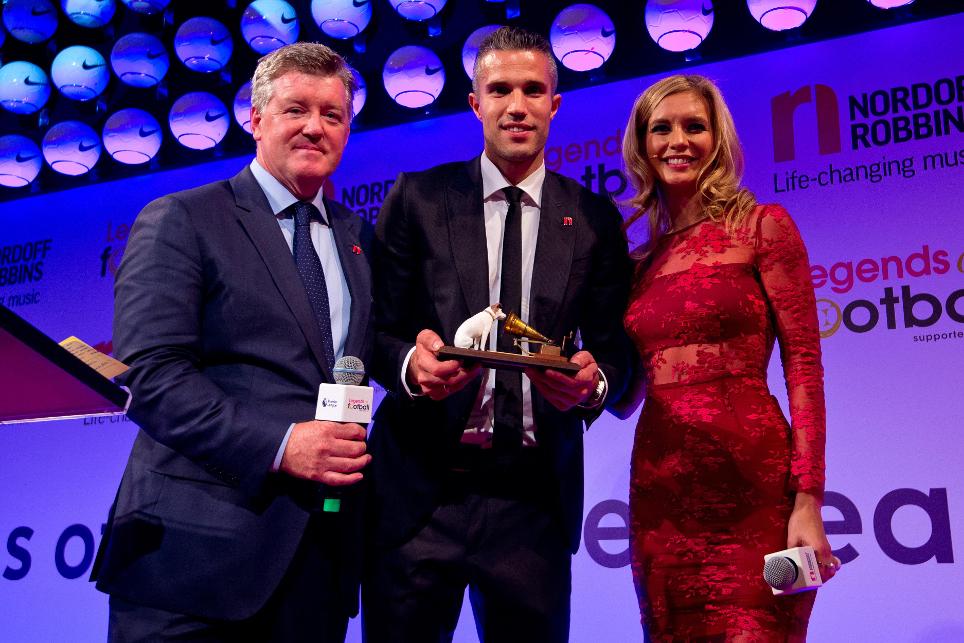 "It's a huge honour. Especially because it is picked by players from the hardest league in the world."

The Dutchman, who scored 144 times during a Premier League career at Arsenal and Manchester United, was one of 25 players to have surpassed 100 goals in the competition and honoured at the event in aid of the music therapy charity Nordoff Robbins.

Each of the "100 Club" members selected their favourite and voted for the best.

Van Persie's first-time volley against Aston Villa at Old Trafford, that helped United clinch a 13th title, got the most votes.

"With a goal like that you don't even think about what will happen, just make the most of it and see what happens," Van Persie said. "It takes a bit of courage as you don't know what's going to happen."

The evening raised £404,000 for Nordoff Robbins, the charity which makes specialist use of music to facilitate physical and emotional wellbeing for hundreds of people with disabilities. More than £7million has been raised in total from past events.

"To experience it, to be at one of their sessions, to watch how they use sound and rhythm, it was incredible," Dublin said.