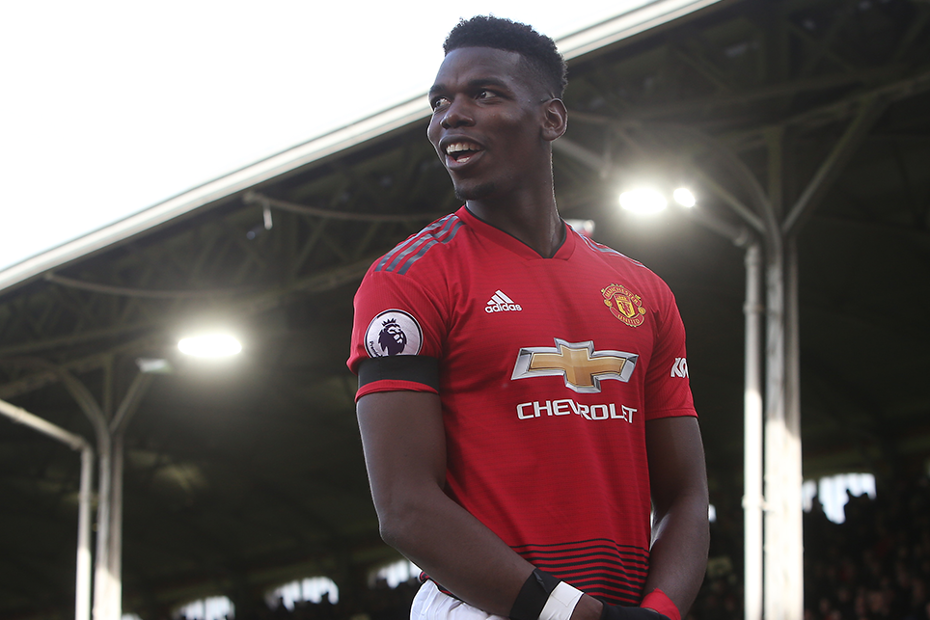 How to plan your FPL chip strategy
GW27 Captains: Sellers may rue Aubameyang swap
GW27 Ones to watch: Wilfried Zaha

Owned by 50.3 per cent of managers, Salah has been the No 1 captain pick in each of the last four Gameweeks.

The Liverpool star is the top-scoring player in FPL on 189 points, rising to the summit on the back of five sets of double-digit hauls in the last nine Gameweeks.

However, Pogba's transformation under Ole Gunnar Solskjaer suggests he should be considered in the same captaincy bracket as Salah.

The Manchester United midfielder has averaged 10.2 points per match since Solskjaer was appointed in Gameweek 18.

Indeed, his 92 points over that period outstrip the 76 of Salah.

Now up to 43.1 per cent ownership, Pogba also has the underlying statistics to back up his renaissance.

His totals of 39 shots and 21 shots on target from Gameweek 18 are more than any other player.

There are, however, in-form alternatives from both sides for Sunday afternoon's match.

Sadio Mane (£9.6m) has scored in each of the last four Gameweeks for Liverpool.

And Marcus Rashford (£7.8m) has also upped his output under Solskjaer, with five goals and two assists in the last six Gameweeks.

Holly Shand (@FFCommunity_): I'm torn between Pierre-Emerick Aubameyang (£11.1m), Son Heung-min (£9.0m) and Pogba. Aubameyang has the better fixture but Son is the form player. A game against Liverpool looks tough for Pogba but he's so high on confidence right now that he could be a great captaincy differential.

Mark McGettigan (@FPLGeneral): It's between Son and Aubameyang this week. I'll go for Aubameyang if I bring him in, Son if I don't. I can see Felipe Anderson (£7.2m) and Marko Arnautovic (£6.8m) doing well at home to Fulham as differential captains.

Ben Crabtree (@FC_CrabDogg): I've got Aubameyang so don't need to look beyond him.

Sam Bonfield (@FPLFamily): I’m going for Son, who has the perfect mix of form and fixture, away to Burnley.