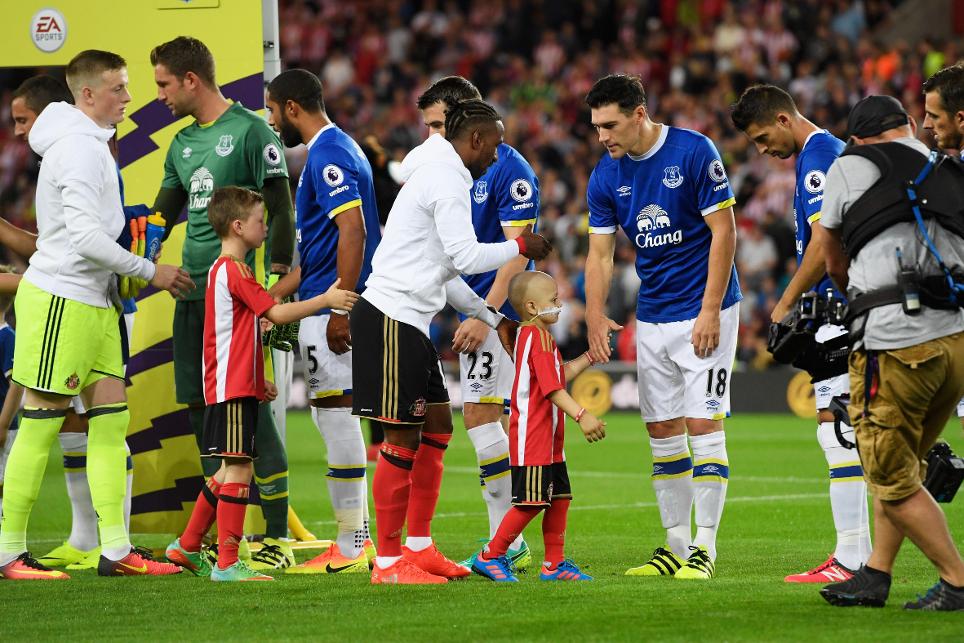 It was a night to remember for one young Sunderland fan when Everton visited the Stadium of Light on Monday.

At the age of just five Bradley Lowery is fighting his second battle with cancer after neuroblastoma was diagnosed, but Sunderland made him their mascot for the Monday night match and he got to meet his heroes, walking out on the pitch alongside captain Jermain Defoe ahead of kick-off.

This was part of the support the club have been giving over the past two years to Bradley, with efforts more recently directed to the campaign to raise the £700,000 that is required for him to get the treatment his condition needs in the United States of America.

Two Sunderland fans, Andrew Mccracken and Jack Murray, have also been campaigning for Bradley and got the crowd at the Stadium of Light to chant his name five minutes into the match.

To top the evening off, Everton contributed, announcing a donation of £200,000 to his campaign as well as inviting Bradley and his family to Goodison Park for the return fixture, and pledging to raise more money by auctioning off signed shirts from the match.

Speaking to the Sunderland Echo, Bradley, who had to undergo a platelet transfusion earlier in the day, said: "This has been amazing. I got to meet Jermain Defoe, who's my favourite and everyone said my name. Thank you everyone."

To donate to Bradley's #justonepound campaign, you can text BRAD02 £1 to 70070 or donate on www.chasethewind.co.uk.