The Premier League is celebrating its 30th anniversary and to go with the many brilliant stories about what has happened on the pitch, there are a wealth of tales to be told of the incredible impact the Premier League and its clubs have had in their local communities since the competition started in 1992.

Clubs across the football pyramid will name a Community Captain, to honour one of the many people who have been a part of the Premier League's success and had a positive impact on the lives of people connected to their football club.

During the tour, the League will be announcing new financial commitments to benefit fans and communities.

This includes increased investment into the Premier League Fans' Fund, with £5m available to support fan engagement projects across the top four divisions of the football pyramid.

The tour will also give an opportunity to highlight new Premier League investment into women’s and girls' football, including the Emerging Talent Centres announced earlier this summer. 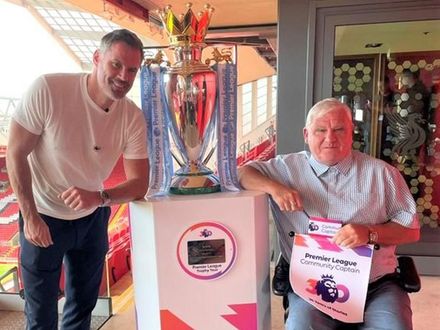