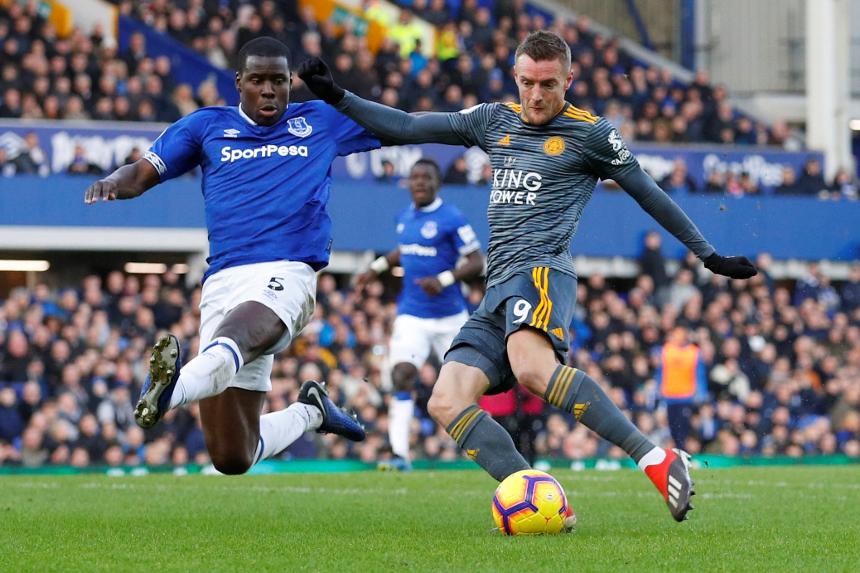 Morgan: We have to do better External Link

Leicester City and possession football have not always gone hand in hand in recent years and, despite Claude Puel's efforts to change their style of play, the Foxes remain more potent as a counter-attacking side.

Across their last 10 Premier League matches, the 2015/16 champions have enjoyed more possession in only four encounters. And of those, they lost three and drew the other.

Each of those defeats came against sides lower than them in the table.

In the other six matches, when Leicester set up to play on the break, they won four times, drawing once and losing the other, at home to Tottenham Hotspur.

As was the case in their title-winning season, when it comes to possession, less is more.

Jamie Vardy remains Leicester's leading light in attack, and is undoubtedly more effective when given space to run into on the break.

He scored two excellent goals from bursts in behind the Everton and Chelsea rearguards on the back of turnovers.

It was Vardy's sprint in beyond the Watford defence that also provoked a foul on him from Ben Foster, which the striker converted from the penalty spot.

And in the Foxes' outstanding 2-1 victory at home to Manchester City, the 32-year-old spun down the channel from a fast transition to supply a pinpoint cross for Marc Albrighton to head in.

Vardy is at his best when exploiting gaps that arise from turnovers.

When they have possession, Puel's style of football is patient but this does not suit their leading centre-forward.

So unless Leicester can improve their speed of passing and develop more unpredictable movement in attack, Vardy will struggle to thrive against deep-lying blocks.

Part of Leicester's problem when they dominate possession is their knocking of hopeful crosses into the penalty area.

In the defeats by Spurs, Crystal Palace, Cardiff City and Southampton the Foxes averaged almost 23 open-play crosses per 90 minutes.

The success rate of those crosses was just 11.4 per cent.

Leicester's visit to Wolverhampton Wanderers this weekend will remind them of the success of playing on the counter.

In the reverse fixture, Wolves took the game to Leicester after Vardy's red card at King Power Stadium, but lost lost 2-0 as Puel's men soaked up a lot of pressure, having only 42.8 per cent share of the ball

This and their form over the last 10 fixtures would suggest a similar strategy would suit them again at Molineux.

Learning the art of possession football can be no bad thing for Leicester's players.

But, with Vardy leading the line, and the search for consistent results ongoing, setting up to counter-attack Wolves would appear the best way forward.