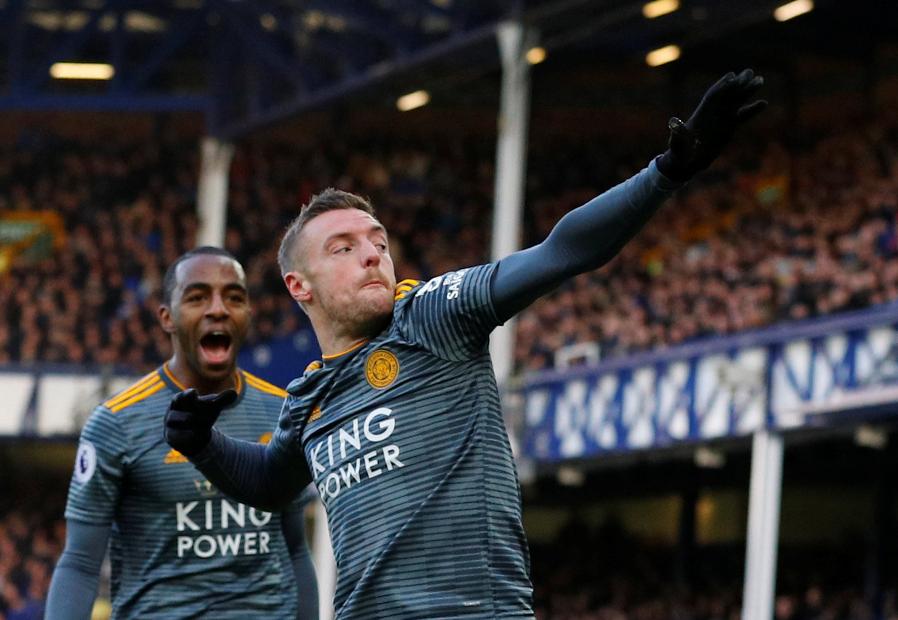 Leicester forward gets the opening strike of 2019, but in whose footsteps did he follow?

With his second-half strike against Everton, Jamie Vardy scored the Premier League's opening goal of 2019.

It was the first time a Leicester City player had struck the first goal of a calendar year.

It was also only the second occasion in the past six years that a forward had scored the year's opening Premier League goal, after Harry Kane did so for Tottenham Hotspur in 2017.

*both scored after eight minutes of their matches
**own goal